Not Just “Another Day” 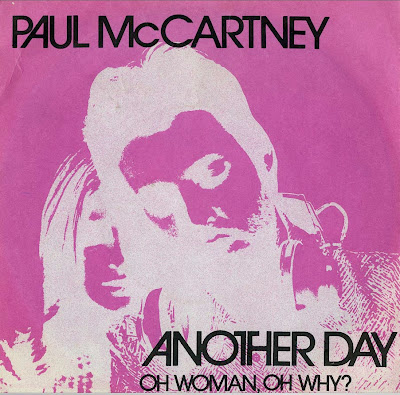 Rock fans in the Chicago area will have two opportunities to celebrate their adventurous spirit this Saturday. April 21st is Record Store Day, and there will also be a pair of International Pop Overthrow showcases at Red Line Tap. If your only interest in Record Store Day is rising at the crack of dawn to snap up specially released 45s like Paul McCartney’s “Another Day,” Small Faces’ “Itchycoo Park,” and The Clash’s “London Calling”; or 10” LPs like The Knack’s Live In Los Angeles and Pete Townshend’s Quadrophenia Demos Part 2, then there’s no conflict. IPO’s daytime showcase doesn’t kick off until 1:00 PM.

Planning a schedule around both events gets trickier for those of us who savor the various in-store performances and guest appearances that have become an integral part of Record Store Day. IPO will be in town through April 28th, but the line up is different for each showcase. Fans of singer-guitarist Mike Cohen won’t want to miss IPO’s early showcase since both of his bands, The Pop Dollys and The Abbeys, are on the bill.

Even if you take International Pop Overthrow out of the equation, navigating all the fun being served up at record stores around town could take the skills of Ferdinand Magellan. Here’s a sampling of some of the more promising options.

Psychedelic rockers The Luck Of Eden Hall will be doing an in-store appearance at Vintage Vinyl in Evanston at noon.

Brad Elvis from The Handcuffs, Steve Dawson from Dolly Varden, singer-guitarist Phil Angotti, and keyboards player Alton Smith will be performing songs from The Monkees’ LP, Pisces, Aquarius, Capricorn & Jones Ltd at Laurie’s Planet Of Sound in Lincoln Square at 2:00 PM. Other bands are scheduled throughout the day.

Later at Laurie’s, WXRT radio personality Terri Hemmert will be working behind the counter as a “guest record clerk,” starting around 4:00PM. There’s no truth to the rumor that she’ll be giving gold stars to anyone who buys a Beatles album.

Reckless Records on Milwaukee Avenue has a full lineup of bands scheduled, starting at 2:00 PM with a “stripped down synth version” of Radar Eyes, and running through a 5:15 performance by Circles, which includes ex-members of The Ponys. Artist Steve Krakow will be drawing rock ‘ roll caricatures from noon to 5:00 PM. The Reckless Records Broadway location will present live bands at 2:00, 3:00, 4:00 PM, and 5:30 PM, and the downtown store will have bands at 1:30 PM, 3:30 PM, and 4:30 PM.