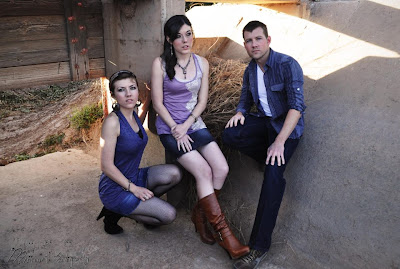 Every year, around the middle of April, power pop fans begin to have visions of multiple band showcases dance in their heads. That’s when International Pop Overthrow arrives for its annual 10-day visit. Technically, it’s correct to call it a traveling music festival since founder/CEO David Bash brings IPO to 16 cities, although each location has its own roster of talent. Some acts, like Dave Rave or Jeremy, play much of the circuit, including stops in Liverpool and London.

The style of music can vary a bit as well. Some cities lean more toward indie rock, but Bash knows power pop is his bread and butter in the Midwest capital of Chicago. My preview of this year’s International Pop Overthrow is now available at the online version of the Illinois Entertainer. For Broken Hearted Toy, I’ll try to concentrate more on the band lineups, as well as a few reviews. That’s easier said than done, but I’m hoping to do at least a short post for each night of the fest.

So, here’s a look at the bands performing at opening night tomorrow at Red Line Tap. Unless otherwise noted, they’re from Chicago.

The three guys and one woman in Bumble Monkey draw influences from 1960s pop, hard rock, and new wave. The catchy songs on their CD, Three Happiness, feature a male lead singer, with female back-up vocals.

Texas-based The Iveys feature two women, and one guy playing songs with a touch of Country & Western. They recently released a new CD titled Days & Nights.

The Kuhls are two sisters, Renee and Grace, from Kansas City who play acoustic rock. They claim Bonnie Raitt as influence.

Multi-instrumentalist Tommi Zender is a singer-songwriter who has worked with a number of artists, such as Ralph’s World, Bon Mots, Ellen Rosner, Phil Angotti, Dag Juhlin. His CDs have included Words Got In The Way and Will Work For Harmony.

I couldn’t find much on John Mead & The Coyotes, but they have fun taking a rockabilly approach to the Modern English hit , “I Melt With You” in a clip on YouTube.