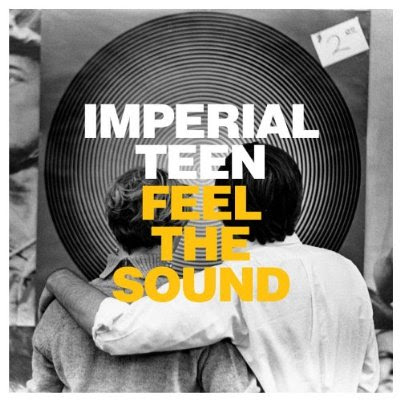 Imperial Teen proves once again with Feel The Sound that taking a long time between recording CDs can yield some impressive results. The critically acclaimed coed band’s previous release was 2007’s entertaining The Hair The TV The Baby And The Band, which had been its first effort since On came out in 2002. Imperial Teen doesn’t explore a great deal of musical styles this time out, but glide like old pros through 11 tracks of well-crafted vocals involving all four members, and irresistible melodies.

Feel The Sound for the most part is built around keyboards arrangements that would have been right at home in the original new wave era. Still there’s enough variation within that approach to keep things interesting. The satirical “Last To Know” and “The Hibernates” use quick rhymes and a marching beat, while the hypnotic finale “Overtaken” has a more ominous atmosphere. Along the way, Imperial Teen provides one catchy gem after another, with the adventurous coed harmonies on the spacey “Hanging About” and the bottom heavy “Out From Inside” being particularly impressive.