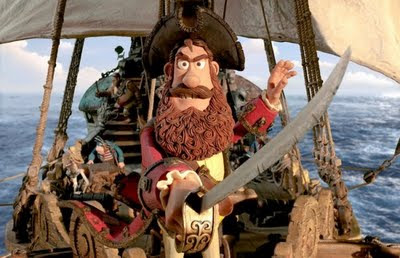 All right. I’m wearing my I Survived The Blogger Malfunction of 2011 t shirt, and I’m ready to roll with this week’s Slumgullion.

First of all, I heard from Russell Carter, who heads Russell Carter Artist Management regarding The Bangles’ Sweetheart Of The Sun EP. He says it will be available through the band’s website in the near future. Regarding the upcoming Bangles CD, Carter added, “Matthew [Sweet] tracked a substantial part of the basic tracks at Lolina but more basic tracks and overdubs were recorded at Sue's [Hoffs] home studio. Jim Scott mixed it at his studio.” Vocalist-guitarist Vicki Peterson thanked me for the review via a Tweet, and added that The Bangles have more vinyl releases on the way.

Former Doctor Who star David Tennant has been spending time on a variety of projects since leaving the show. He’ll be providing the voice of a young Charles Darwin in an upcoming 3D animated feature film by Aardman (the people who gave us Wallace & Gromit), called The Pirates! In An Adventure With Scientists. The film is scheduled to be released on March 30th, 2012. Hugh Grant and Salma Hayek are also lending their voices to the project.

Congratulations to Aimee Mann, a singer-songwriter known for her introspective lyrics, on being one of the performers who were invited to the White House to participate in Poetry Night. Mann, who recently tweeted, “Back in LA and still amazed that I got to play at the White House and meet the POTUS and FLOTUS,” is currently working on her next CD.

The Power Pop Overdose blog brought news earlier this week of the upcoming Sky Full Of Holes CD from Fountains Of Wayne. The disc will be released on Yep Roc Records August 2nd, and Fountains Of Wayne will start touring in August and September to support it.

We’ll all be ready to wear our love like heaven this summer. The Second Disc newsletter has news on an expanded two-CD edition of Donovan’s 1966 flower power masterpiece, Sunshine Superman that’s due out on June 6th.

Promoter David Bash returns to Liverpool next Tuesday to kick off another round of International Pop Overthrow. All of the performances (and there are well over 100) will take place at either The Cavern Pub or the Cavern Club, with the latter having a Front Stage as well as a Back Stage. Little Steven favs The Len Price 3 have a 3:00 PM gig at The Cavern Pub on May 21, and Sparkle*jets UK will be at The Back Stage of The Cavern Club on the 21st for what looks like a 2:00 AM show. As usual, there will be some Yanks among the UK many acts, including IPO veteran Jeremy, L.A.-based power pop band Maple Mars, and Chicago’s own The Queue. Canadian Dave Rave, who’s intent on performing at every city on the schedule, closes out IPO - Liverpool 2011 with on midnight show on the 24th.

While he’s in Liverpool, David Bash might want to check out the Beatles-adorned wall surrounding the Hard Days Night Hotel. Back in 2007, renowned Beatles artist Shannon was commissioned to paint the walls, which had been set up to keep people from stealing bricks, hardware, piping, and other assorted materials as souvenirs. As far as I can tell from a recent Facebook post from a Shannon, the wall is still in place. The Hard Days Night Hotel is now open, and (sigh) one of my many pop-oriented dreams is to stay there some night.

Rising Gael, a young quartet of Celtic rockers, will hold a CD release party for their latest effort, IV, at The High Noon Saloon in Madison Wisconsin on June 10th. Cover charge is $5. Rising Gael played a few times at Celtic Fest in Chicago, and was very entertaining.