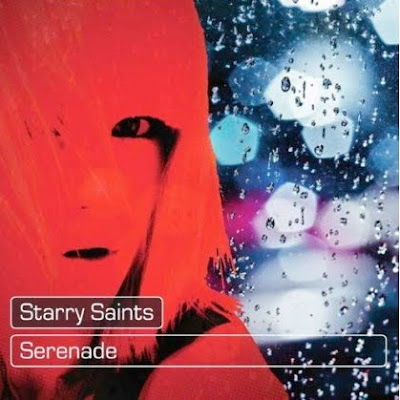 Starry Saints make an immediate impression on their debut CD with “Angels,” a nearly six-minute blast that evokes U2 with ringing guitars, expansive synthesizers and ethereal vocals. Formed in 2009, the Portland-based trio reunited lead singer-guitarist Allen Davis and lead guitarist-back-up vocalist Clint Sargent seven years after they first joined forces in The High Violets. Together with keyboards player Jason Wann, they explore harder-edged material while maintaining their former band’s emphasis on strong melodies.

More than half the songs on Serenade are over four minutes long, as Starry Saints glide through imaginative instrumental passages. “Wild Horses” and “The Long Fade” are hypnotic shoegazer tracks, while the energetic “Unseeing Eyes” sounds like it came from a sci-fi movie soundtrack. Starry Saints aim for the club scene with percolating keyboards on “Hello” and “Black Sunday,” but like the rest of Serenade, these tracks exude a sense of nocturnal adventure.