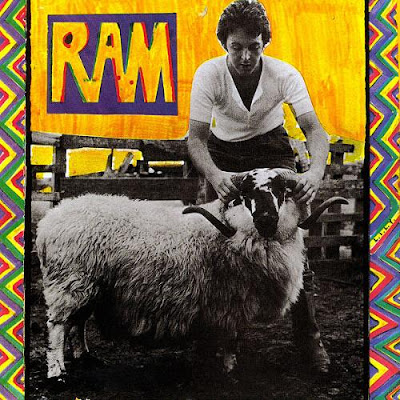 In addition to kicking off a year-long celebration of special concerts in August to celebrate its 10th Anniversary, Tributosaurus also has an ongoing series devoted to John, Paul, George, And Ringo. Tributosaurus Becomes The Beatles Vol. 4 takes place at FitzGerald’s on June 17th. $15 tickets go on sale tomorrow at 11: 00 AM; the price at the door will be $20.

The May issue of the Illinois Entertainer includes my review of Phil Angotti’s new People and Places CD. In it, I suggest that his latest batch of songs may have been influenced by singer-guitarist Steve Dawson, who along with his wife Diane Christiansen, fronts the alt rock/Country & Western band Dolly Varden. Dawson appears on the CD and has joined Angotti for live shows in the past. Angotti and Dawson will be performing together again on May 21st at SPACE in Evanston, where they’ll be playing Paul McCartney’s Ram album from start to finish. A second set will feature songs by Sir Paul and Wings. Other musicians set to participate include Tommi Zender, Carolyn Engelmann, Casey McDonough, and Dick Schmidt. Tickets are $12 in advance, $15 at the door. The show starts at 8:00 PM.

International Pop Overthrow may have moved on to other cities, but there are still opportunities to catch power pop in Chicago. The co-ed Magatha Trysty will be part of a four band celebration of the music at The Abbey Pub on June 2nd, along with fellow IPO vets Elements Of Style, Missing The Point, and Collectors. Tickets are $10 in advance, $12 at the door. The show starts at 8:00 PM.

Rock And Load has just posted a message on its Facebook page that there will be a special area for dancing when The B-52’s perform with The Go-Go’s at Ravinia on June 17th. Fans who just can’t get enough of “Rock Lobster,” “53 Miles West Of Venus,” and “Love Shack” might want to jump start the party by checking out Planet Claire, The B-52’s Tribute Band at Quenchers next Wednesday. This off-kilter nine-piece ensemble is comprised of musicians from Chicago bands like The Webstirs, The Delafields, and B1g T1me. Admission is 5 bucks. Now don’t that make you feel a whole lot better?

High-speed avant garde rockers Rabble Rabble are releasing a new double-sided single on vinyl as well as in digital form on May 23rd. “Why Not,” which somehow fuses shoegazer music with funk, and the careening surf punk song “Long Hook” were recorded at Gimme That Sound Studios last year in the midst of the band’s busy tour schedule. Both songs are notable for the high-powered guitar strumming. Rabble Rabble will be at the Empty Bottle for a release party on May 23rd, with We Are Hex and Distractions as the opening acts.

This Is This, a local trio with almost a decade of experience on the Chicago scene, will be playing by the books this summer. Bassist-vocalist Don Torres, guitarist-vocalist John Petitt, and drummer-Eric Helge will be at the Borders in Wheaton on May 14th, performing melodic rock songs from a self-titled debut as well as the more recent Hand Me My Wings CD. The band will be at Borders in Schaumburg (where I once worked in the Music Department) on June 4th, and back at the Borders in Wheaton on July 9th. All shows start at 7:00 PM. Guitarist-vocalist Petitt’s daughter is also musically inclined, having recently performed with the six-girl band Serendipity at Lamplighter Tavern in Palatine. Their rousing take on The Shangri-Las “Walking In The Sand” can be found on YouTube.

Virginia-based singer-songwriter Taylor Carson spins heartfelt rural tales like “Five,” “Smoke,” and “Freight Train” on his latest Country & Western effort, Defending The Name. He has a way with appealing melodies, while his expressive voice exudes enough of a modern rock edge to cross over into mainstream charts. Although he could think about cranking up the energy from time to time. Defending The Name was produced by Todd Wright, whose extensive 40x40 Project to help find a cure for Juvenile Diabetes was given weekly coverage here a while back. Carson and Wright co-wrote a couple of tunes together, and Wright was also one of several guest musicians on the disc.

Panda Riot has a gig at The Empty Bottle on Monday, May 16th. The band’s Far And Near CD featured melodic songs like “Julie (In Time)” with ethereal vocals by Rebecca Scott that evoked The Cocteau Twins. There are two other bands on the bill that night; Michael Lux & The Bad Sons (featuring guitarist Michael Lux from Hollus) and Gypsy Blood. The show starts at 9:00 PM.

Big Star fans will get a belated Christmas present with the Alex Chilton Birthday Bash VII, which is going to be held in Chicago at The Empty Bottle on December 28th. The event’s Facebook page promise details regarding the lineup will be revealed soon. Organizers are also asking past participants who have any pics or videos of previous bashes to contact them.