Jeff Gave Rock & Roll To You 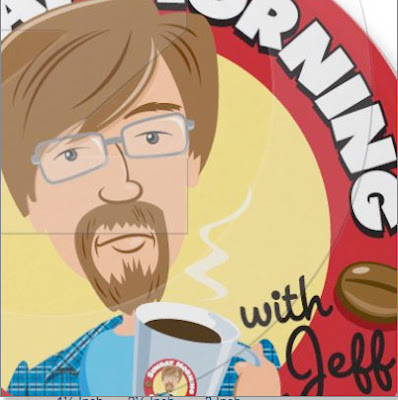 Alan Freed, Brian Epstein, Ed Sullivan, Bill Graham, Michael Lang, Little Steven Van Zandt, and Buddy Monaco. These are guys who are well known for bringing rock and roll to the masses. And now Jeff Kelley, host and creator of the Sunday Morning Coffee With Jeff Internet show, would like to join their ranks.

Rock music has always been part of Kelley’s entertaining melange of unintentionally hilarious industrial and instructional films, original skits, monologues, and vintage TV commercials. Reporter Willy Deal covers live bands with his On The Road feature, and Kelley often matches a modern rock tune with a B&W clip of seductive maidens dancing in some 1950s exploitative flick. But now, as he’s contemplating ways to revamp his format, he’s inviting indie rock bands to contact him about having their music on Sunday Morning Coffee With Jeff.

A band’s song could be used over the opening credits (see the May 21st episode for how this works) or somewhere else in the show, and Kelley would provide a link to band’s site. He’s particularly keen on using musicians who make their music available for free downloads. If this experiment works, it could be beneficial for them as well as Kelley. He has an entertaining show, but is always searching for ways to widen its appeal and make it more entertaining. Kelley can be contacted at coffeewithjeff@gmail.com