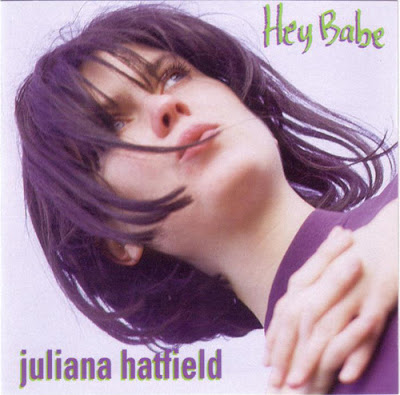 NOTE: Pam and I attended a moving tribute to America’s veterans this morning at Palatine’s Memorial Service, and saw a guy handing out flyers. He was promoting a pair of concerts that were being held later in the day at Durty Nellie’s as part of the Wounded Warrior Rockfest. The second concert runs until 10:00 PM, so if you’re in the Palatine area, you might still have time to catch the bands Some Years Later and Tarrington. Durty Nellie’s is located at 180 N. Smith Street in Palatine.

If I had known about this earlier, I would have mentioned it in Friday’s Slumgullion column. While it’s probably too late for most people to participate tonight, it looks like the Wounded Warrior Rockfest organization will be holding more benefits in the future. Check out their website for more information.

In last Friday’s Slumgullion, I mentioned that Juliana Hatfield's new CD, Speeches Delivered To Animals And Plants is set to be released on her Ye Olde Records label August 30th. Here’s a review of her solo debut Hey Babe that I did for the Illinois Entertainer in 1992.

Singer-songwriter Juliana Hatfield was a member of Blake Babies, an intelligent and multi-talented band that somehow never caught on with the public. If she’s hoping to make a bigger splash on her own, this impressive debut could certainly do the trick. Hey Babe offers a similar approach to The Go-Go’s and The Bangles, but with an added punch on guitar that occasionally borders on grunge.

Hatfield’s band of rotating musicians is particularly hard-edged on “Nirvana,” “Quit,” and “Get Off Your Knees,” and she consistently matches their firepower with her vocals. The other tracks are more pop-oriented, with the fetching “Everybody Loves Me But You” serving as the perfect choice for the first single. “Ugly” is a touching acoustic ballad about an insecure girl, while the pleasant melody of “Forever Baby” adds an ironic touch to its depiction of a naive woman clinging to her abusive boyfriend.