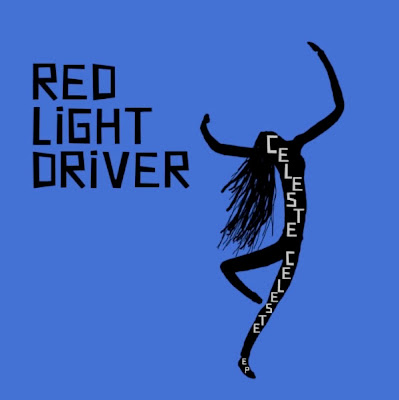 Celeste Celeste is the third release from Red Light Driver, an Indianapolis-based quartet that got its start in 2006. The six-song EP follows a pair of releases that scored well on college radio, and could attract a larger following with its inventive mix of garage rock and space age effects. It’s odd to find an pair of inconsequential snippets (“Enchanting” and “Interlude”) on such a short CD, but the remaining songs make Celeste Celeste worthwhile.

The title track is propelled by drummer Drew Reed’s steady beat, while singer-guitarist Derek Osgood and singer -bassist Mike Contreras create well-crafted but hard-edged harmonies. It’s a catchy song with an instrumental passage fueled by Osgood and Jonathan Harmon's guitar playing. The mid-tempo “The Away Anthem” has a beguiling, shimmering pop feel, and Red Light Driver crafts an energetic gem via fun vocals and ringing guitars on “Diamond Rough.” “Canterbury Tea” is a longer, exotic experiment featuring the band weaving a psychedelic tale of a mysterious woman and her dangerous brew.