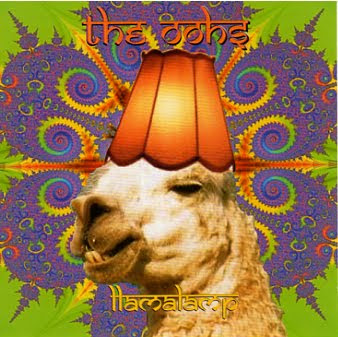 Springfield, Illinois quartet The Oohs are seven-year vets of International Pop Overthrow - Chicago, and have released three CDs. Their Saturday afternoon gig at this year’s IPO was an impressive display of energetic musicianship and harmonies that culminated with a rousing cover of ELO’s “It’s A Giving Thing.” More of the same can be found on the 2006 release, Llamalamp, which is The Oohs’ latest, and by some accounts, most ambitious undertaking.

Sandwiched between opening and final snippets of exotic Eastern music are 15 well-crafted and consistently melodic tracks, with vocal arrangements that could only be called adventurous. That said, some power pop fanatics might find themselves backing away from overtly commercial fare like “Settle For Human” or “Get It Straight” that sound like they could have been recorded by Toto or Asia. “Emotion Left Unspoken” and “Sunny Day” have more of a theatrical flair and “The End Of Our Days” could have been a sea shanty.

But even if The Oohs come across as a little too polished at times, they haven’t forgotten how to cut loose with an early Beatles inspired gem like “That’s What’s She Said!” They even lovingly swipe the riff from “Sgt. Pepper’s Lonely Hearts Club Band” to back the nasty putdowns of “Pretty.” “Strange World” has a guitar-driven, hard-edged arrangement, while “One Step Closer To Nowhere” flashes a classic power pop allure.

Just about any type of music fan should enjoy the old time goofiness of “What Have You Done To My Girl?” which depicts a guy who would rather believe his main squeeze was abducted by aliens and replaced with a mean-spirited clone than accept that she’s simply gotten tired of his careless ways. It’s like hearing Paul McCartney turning “Honey Pie” into a Halloween song.