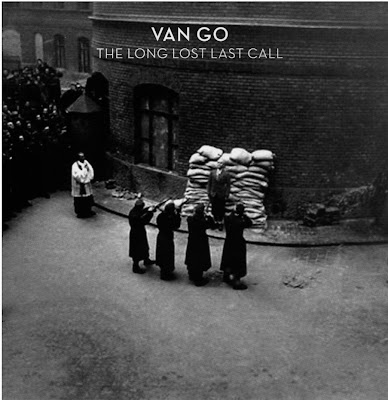 As I’ve mentioned here before, “Your Three Minutes Are Up,” which showcases the furious strumming of Sippel along with guitarists Steve Brown and Jeff Shapuras, jumped out at me the first time I heard Van Go perform it at International Pop Overthrow - Chicago 2010. It seems to be taking aim at punk rock, which would be ironic since some of Sippel’s compositions, like “Smart Girl” (there’s that sarcasm thing) come pretty close to the genre, and Van Go closes the disc with a rousing take on Elvis Costello’s “Girls Talk.” Maybe Sippel had a particular punk act in mind.

Amidst the ringing guitars of “Invisible Girls,” Sippel dismisses another guy’s tales of sexual conquest by noting, “You must live in a magical world/Always hooking up with these invisible girls.” The best songs here mix hard rock and power pop, although Van Go effectively channels Neil Young on “Lion’s Share,” which features guest musician Scott Jelinek on slide guitar. Lou Galassini’s loping bass adds to the rock-a-billy fun of the satiric “A Force To Be Reckoned With.” Galassini (brother of The Valley Downs’ Mike Galassini), Brown, and drummer Bryan Lee Thomas provide Sippel with inventive and energetic back-up vocals. Singer Erica Loftus, on loan from The Right Tidys, also adds impressive harmonies throughout The Long Lost Last Call.