Would You Like A Book or CD/DVD Set To Go With That Live Performance? 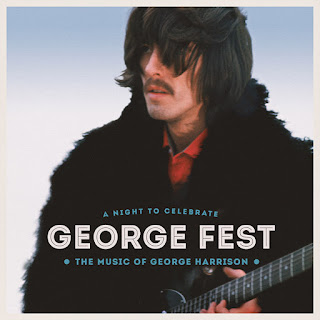 Anyone yearning to get a better understanding of why Chilton remains a such a rock and roll icon should pick up a copy of Holly George-Warren's biography A Man Called Destruction: The Life And Music Of Alex Chilton From Box Tops To Big Star To Backdoor Man. The veteran rock journalist/author affirms Chilton’s amazing talent, and provides a revealing look his childhood, his love of jazz and blues music, the lost years of substance abuse, and his eventual reemergence as a major touring and recording star. Up until his death by a sudden heart attack in 2010, Chilton performed with a new version of Big Star that included fellow founding member Jody Stephens, along with Jon Auer and Ken Stringfellow of The Posies.

Phil Angotti, Tommi Zender, Dann Morr, and Joe Camarillo will be performing John Lennon and Beatles songs, along with Rachel Drew and Bitter Roots tomorrow night at Martyrs on Lincoln Avenue. I saw a Lennon tribute Angotti put together with several guest musicians at The Fest For Beatles Fans in Chicago last August, and it was a thoroughly enjoyable mix of hits and deep album cuts. Bryn Rich will be opening the show tomorrow evening at 8:00 PM.

A George Harrison tribute that was recorded and filmed on September 28, 2014 at The Fonda Theater in Los Angeles will be available toward the end of February. George Fest - The Music of George Harrison was organized by his son Dhani, and featured performances by Brian Wilson and Al Jardine of The Beach Boys; The Flaming Lips; Black Rebel Motorcycle Club; Ann Wilson from Heart; Ben Harper; Brandon Flowers from The Killers; Perry Farrell from Jane's Addiction; Norah Jones; Conan O'Brien; Cold War Kids; Karen Elson; "Weird Al" Yankovic; Chase Cohl featuring Brian Bell from Weezer; Heartless Bastards; Jamestowen Revival; Ian Astbury from The Cult; Nick Valensi from The Strokes; Jonathan Bates; The Black Ryder; Britt Daniel from Spoon; Butch Walker and others. George Fest is already available for pre-order as a 2CD/DVD set; a 2 CD/Blu-Ray set; as a 3 180-gram LP set; and in digital form.
Posted by Terry Flamm at 2:30 PM