For Your New Year's Eve Entertainment 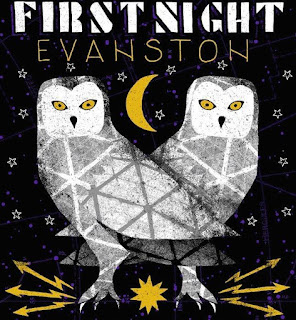 A few ideas for ringing in the new year.

The very first Chi-Town Rising celebration has assembled an eclectic night of entertainment for its Broadcast Boulevard stage from 7:00 PM to 12:30 AM. The event takes place in the heart of downtown Chicago, with a lineup that includes recent Rock And Roll Hall Of Fame inductees Chicago; American Authors, of "Best Day Of My Life" fame; The NuBlu Band, featuring Carlise Guy, the daughter of legendary blues man Buddy Guy; the festive Latin band Radio Free Honduras; and blues/soul favorites JC Brooks and the Uptown Sound.

EXPO '76 is staging a 2015 Hits The Highway gig at FitzGerald's Sidebar in Berwyn, with help from The Total Pro Horns. These Chicago music veterans cover everybody from Al Hirt to Looking Glass, and frequently put their own stamp on hit songs. They're the only covers band that offers a mashup of the James Bond Theme and Bobby Hebb's "Sunny." Admission is $25, the show begins at 9:00 PM.

Lucky Boys Confusion will be bringing its commercially successful alt rock sound to Durty Nellie's in Palatine. Tickets are $25, and avid fans can get the $75 VIP package. Doors open at 8:00 PM. Farraday, Top Shelf Lickers, and Steve Knecht are also on the bill.

For more adventurous types who don't mind traveling on New Year's Eve, there's a Popgun! extravaganza going on at The Bassendean Hotel in Australia. Joe Algeri will be there with The Jangle Band (one of the 5,000 groups he's involved with around the globe) along with DM3, High Horse, and The Surf Mist. I'm not familiar with all these acts, but based on Algeri's musical output, I think you can expect some high energy power pop and garage rock music.
Posted by Terry Flamm at 10:39 PM