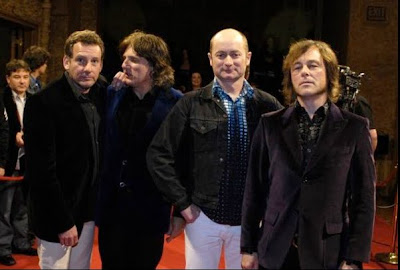 Note to WXRT fans: This year the station’s Cubs Opening Day celebration falls on the first of April. Since XRT is notorious for its April Fools Day pranks, you have to wonder if the people who gather for the live broadcast this Friday at YakZies on Clark Street will somehow be involved in a large scale scam. It should be interesting to see what happens.

After playing a few notes from “Take Me Out To The Ball Park” on the organ, Faulkner sets the stage for a rookie’s first challenge in the big leagues. “Bases are loaded, two out and you’re at the plate.” As the song progresses, we get a little background info on the batter. “Just up from the minors/A kid with potential, they said.” The tension mounts. “Here you are at Shea, your heart’s in your throat/Will you make the grade? Will you miss the boat?” The energetic arrangement also features some spirited harmonica playing, and Faulkner winds things up by repeatedly belting out the title with the fervor of a gospel singer.

I saw the Hoodoo Gurus at The Metro in Chicago when they were touring in support of this album. Surprisingly, they didn’t play “Where’s That Hit?” even though they were in walking distance of Wrigley Field.