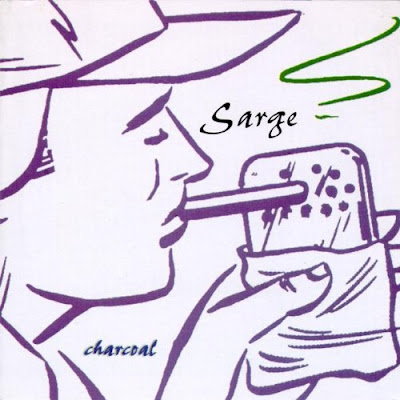 Singer-guitarist Elizabeth Elmore picked up a droll shout-out in Illinois Entertainer editor Steve Forstneger’s File column this month for being a smart lawyer as well as a genuine rock and roller. I saw Elmore’s current band The Reputation do a bang-up job of opening for The Go-Go’s at the House Of Blues a few years back, and bought a copy of their To Force A Fate CD right after the set. Here’s a review I wrote for I.E. of a CD Elmore released with her former band Sarge back in 1996.

Champaign-Urbana trio Sarge creates a distinct sound on Charcoal based on the jarring contrast between lead vocalist-guitarist Elizabeth Elmore’s sweet voice and the unbridled anger of her lyrics. At times, Elmore even adds a theatrical flair to her vocals, making her observations on dead-end relationships all the more compelling. Together with bassist Rachel Switzky and drummer Russ Horvath, she fuses elements of folk music with punk intensity on this impressive debut.

Elmore depicts a cycle of self-destruction on the hard-rocking “Chicago,” from the pregnant woman who discovers her husband cheating on her, to their daughter, who’s running wild by the age of 13; “She’s finding nothing in the answers that she sought/and no redemption in his car in a vacant lot.” “Dear Josie, Love Robyn” offers a farewell letter to an abusive boyfriend, and “Smoke” takes a jaded look at the bar scene. Charcoal has quieter moments regarding relationships, like “Bedroom” and “Another Gear Uncaught,” but they’re not any more optimistic.