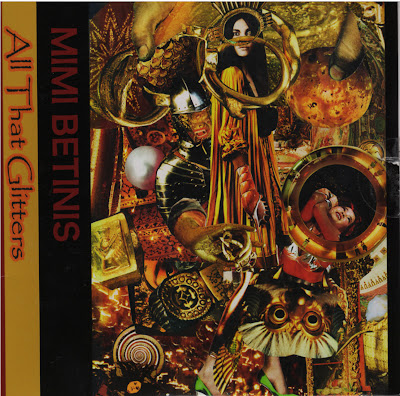 Singer-guitarist Mimi Betinis burst onto the power pop scene in 1977 via the Chicago-based Pezband’s impressive self-titled debut. He had replaced Cliff Johnson, but the two vocalists would later join forces in Black And Blonde, which then morphed into a latter-day version of Off Broadway in 1997. Like Johnson, Betinis has a classic rock and roll voice and a knack for composing irresistible melodies.

All That Glitters, released in late 2010, is a solo outing that finds Betinis primarily working in a power pop vein that recalls Pezband gems like “Please Be Somewhere Tonight” and “Baby It’s Cold Outside.” He makes an immediate impression with the cautionary “Love Is Just A Thin Veneer,” a guitar-driven song that questions the validity of romantic relationships, and also scores with the melodic rock of “Romance Me” and “Every Little Thing.” “Come On Down To My House” is a funky bit of pole dance rock song with sensual imagery, while “Blue Sky” offers a tropical fantasy that features Ides Of March Horns players Chuck Soumar and Dave Stalhberg.

There are more ambitious tracks on All That Glitters as well. With help from back-up vocalist Carla Hassett, cellist Arie Levy, violinist Stephanie Lee, and arranger Stan Skora, Betinis creates well-crafted tunes like “Say The Word” and “What’s Your Name” that adroitly blend elements of pop and classical music. “Summer Rain” is an instrumental waltz, and Betinis also includes an inventive take on John Lennon’s “Across The Universe.”