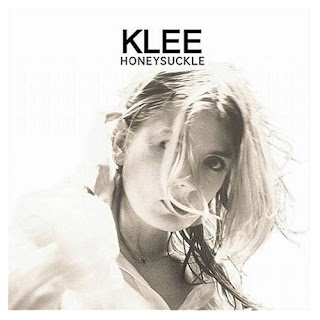 This is a regular feature where I present something I wrote a few years ago. It takes its name from a line in a sketch Dave Drazin once wrote for the Famous In The Future comedy group. This time, I have a review that ran in the Illinois Entertainer back in 2006. It’s for the German band Klee’s Honeysuckle CD.

Unfortunately, my prediction that this disc could bring Klee international acclaim didn’t come true, but anyone who’s a fan of Metric still might want to check these guys out.

Americans shouldn’t have much trouble relating to Klee’s latest effort, Honeysuckle, even though most of the CD is sung in German (three of the songs have English versions). The music has a classic new wave ambience and an enticing lead singer in Suzie Kerstgens. Already popular at home in Deutscheland, Klee could start an international following with this first U.S. release.

Fellow country-woman Nina Hagen of “New York New York” fame harmonizes with Kerstgens on the pulsating techno number, “We Go Against The Flow.” Other tracks with dance club potential include “Gold” and “As Long As You Live.” On cosmopolitan tunes like “With You,” Klee comes across as a Germanic version of Ivy. “This Is For Everyone" taps into New Order while “Our Movie” recalls The Cure. Klee takes a different approach with the delicate ballad, “My Room,” but like everything else on Honeysuckle, it works.