On With The Show! 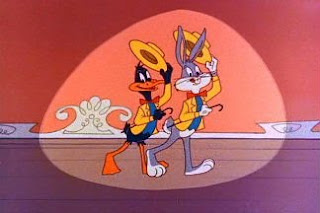 I was a writer/performer with the Famous In The Future comedy group for 20 years before leaving to pursue other interests about a year and a half ago. The others continue to roll along, and we remain friends. I plug their occasional shows, usually when they’re teaming up with Black Forest Theatre. In less than a month, FIF will be playing at Abbie Fest XXII at the Mary-Arrchie Theatre.

Today, I’m plugging my own comedic endeavors. My wife Pam and I have created a series called Manchester Gallery, which can be seen on Jeff Kelley’s Sunday Morning Coffee With Jeff Internet show. I play Terrence, the devious and inept curator of a pop culture museum who lies about all the items he’s displaying. Kelley and I have developed a mutual admiration for each other’s comedic styles, so we decided that he would direct a sketch that I had written.

We got together this past Saturday, along with Dave Metzger, who had done so well in a previous Manchester Gallery, and Karen Yashon-Brown, a talented comic actress who had performed with Famous In The Future for over 10 years. We taped a skit called The Cancelers that I had written and performed with FIF a few years ago. We also taped an episode of Manchester Gallery, with Karen playing the museum’s Director of Public Relations; Dave reprising his role of a victimized button collector from the earlier episode; and Jeff doing a cameo.

Everything went extremely well, and it looks like we’ll be taping more sketches in the future. It was a kick performing with Karen again, and she really brought her character to life. Manchester Gallery has had a few running jokes and story lines involving Terrence getting into more and more hot water, and within the next few episodes, they’ll all be resolved. I’m not sure if there will be a season or series finale. I’ve thoroughly enjoyed writing and performing Manchester Gallery, and being part of the fun and eclectic Sunday Morning Coffee With Jeff lineup. So I’m hesitant to abandon it. I’m hoping for inspiration for a new series.

In the meantime, check out Sunday Morning Coffee With Jeff. In addition to having Manchester Gallery every other week, it has enjoyable features like On The Road With Willy, The News With Mark, Anklebone Stories, Cinema Cheese, vintage clips, and Jeff’s commentary.