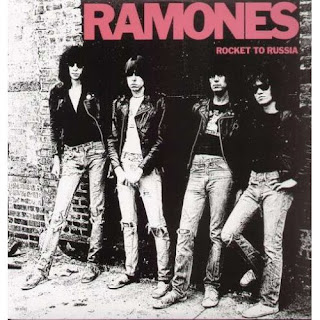 Happy 4th of July to all my blog readers in the U.S.A. My wife Pam and I just taped our 13th episode of Manchester Gallery, and it’s a (hopefully) funny celebration of American rock bands and 4th of July traditions. Yep, that’s actually me in the straw hat and red, white, and blue cardboard eyeglasses. You can see Manchester Gallery this Sunday as part of the always enjoyable Sunday Morning Coffee With Jeff Internet show. And remember to celebrate this holiday with American rock bands.

British rock icons Robert Plant and Eric Clapton have been generating a positive buzz in the Chicago area lately. Plant surprised the audience at a Los Lobos concert at Taste Of Chicago in Grant Park by joining the band for an encore. Luis Arroyave reported in his Chicago Tribune About Last Night column that Plant sang a tune in lobby bar of the James Hotel. Plant was also seen selling copies of Streetwise, a paper that supports homeless people, at State and Madison. Okay, that last one isn’t true. Clapton was in town for his Crossroads Guitar Festival, which featured himself, Jeff Beck, ZZ Top, Steve Winwood, Buddy Guy, and several other big name stars, in suburban Bridgeview. Apparently, Slowhand had previously announced this would be the last Crossroads shindig, but was convinced by all the good vibes he felt this year to consider keeping the fest going. Greg Kot reported in the Chicago Tribune that a film titled Eric Clapton Crossroads 2010 will be shown in theaters later this summer.

Speaking of concert films, several guests were invited by Out The Box Records to view a rough cut of John Anderson’s White, Black & Blues at Film Row Cinema in downtown Chicago. I wrote a short piece on the film, which celebrates the way Chicago blues musicians influenced rock and roll in the 1960s, for the July issue of the Illinois Entertainer. You can also read it at Illinois Entertainer online.

The Greenwoods, one of guitarist Dag Juhlin’s multitude of bands, will be holding a CD release party for its debut effort, Solid State at Martyr’s on Saturday, July 17th. Looks like they’ll go on sometime after 11 PM since Dylan Rice will be holding his own CD release celebration at 9 PM, and there’s a Milhous (I know I’ve reviewed them at some point) reunion scheduled for 10PM. Juhlin humbly describes his band’s disc as “11 songs of all around top-notchness,” and notes that his brother Gregg, who plays bass for The Greenwoods, directed their “How We Get There” video.

Ralph Covert of The Bad Examples and Ralph’s World, will be narrating Prokofiev’s Peter & The Wolf, and Benjamin Britten’s The Young Person’s Guide To The Orchestra, backed by the New Millennium Orchestra of Chicago (not to be confused with the cutting edge New Millennium Theatre) on July 25th at the Morton Arboretum in Lisle, from 3:00 PM to 8:30 PM.

Professional photographer Linda Matlow is reporting on her Pix724 Blog that veteran disk jockey Dick Biondi was honored this past Wednesday with a Dick Biondi Way street sign at East Lake Street and North Garland Court. Biondi was the first rock disk jockey I ever heard, way back when he held a night time slot at WLS. Several rock stars from that era were on hand for the ceremony, including Jim Pilster of The Cryan Shames, Jimy Rogers of The Mauds, Dennis Tufano of The Buckinghams, Jim Peterik of The Ides Of March, and Ronnie Rice of The New Colony Six.

The hard-hitting three woman, one man band The Reptoids, will be part of the Metal Up Your Tap showcase, along with Shifting Totem, Decapitado, and Den Of Vipers at Red Line Tap, on July 31st.

Heavy Manners, the ska band that ruled the Chicago club scene in the 1980s, has reunited, and will be performing at 6PM on July 25th at Taste Of Lincoln Avenue. There will be an after party at 8 PM at The Elbo Room.

Thanks for the continued support!