For The Benefit Of Mr H. 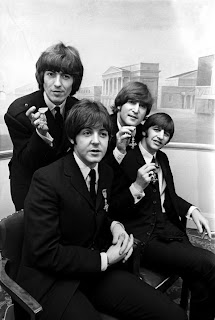 Beatles fans in the Chicago area have a variety of opportunities to come together, whether it’s a monthly meeting at a coffee house in Schaumburg or at the annual Fest For Beatles Fans at the Hyatt Regency in Rosemont. Another reason for gathering is to honor a fellow fan who was taken away but left behind warm feelings and memories. Such is the case with the Beatles Celebration taking place on July 31st at The Old Town School of Folk Music. Held every other year, it’s a benefit for the Brendan Hedges Scholarship Fund. The fund provides free music lessons to aspiring musicians who don’t have the money to pay for them. Hedges was a young musician who had made a lot of friends before being murdered in 1996.

One of those friends is WXRT radio personality Terri Hemmert, who first met Hedges when he was a teenager performing as part of the Battle of the Beatles Bands competition at the Fest For Beatles Fans. Hemmert’s been on vacation this week, but she’ll host the Beatles Celebration on Saturday night. She posted a touching blog on her station’s website a while back, detailing her feelings for Hedges. The blog also has a few video clips of performances from past Brendan Hedges fundraisers, like the multi-member Beatles Ensemble performing “Mother Nature’s Son” and singer-guitarist Phil Angotti performing “Paperback Writer” with singer-guitarist Jay Goeppner from the Instant Karma John Lennon Tribute band.

The Beatles Ensemble, Angotti, and Goeppner will be on hand again this year for the Beatles Celebration, along with other musical guests like Uke Nation with Lanialoha Lee; The Janes; St. Clemens Kids; Brown Lazer; and The Astronomer. Steve Dawson, who’s a member of Dolly Varden and has released solo efforts, will be playing with Guitar 4ever. Beatles parody performer Danny Donuts, a Fest For Beatles Fans regular, will also participate, as will Number Nine, Sandlewood Sitar Music Ensemble, and FlatTop. Veteran musician Eric Howell, who released his Greatest Hitch CD, and recently wrote a Chicago Blackhawks/Rolling Stones mash-up that was popular on XRT, is also on the bill.

The Beatles Celebration starts at 8:00 PM at The Old Town School of Folk Music, which is located at 4544 N. Lincoln Avenue in Chicago. Tickets are $15 for the general public, $11 for seniors and children. All of the musical guests will be playing Beatles songs, which is the perfect way to pay tribute to a guy who loved the band.