The Old 97s At Durty Nellie's 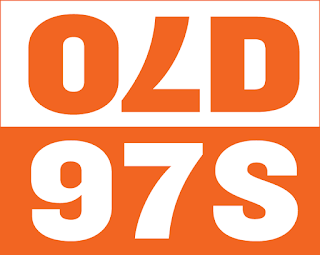 The Old 97s have visited the Chicago area several times over the years, but this past Saturday night’s performance at Durty Nellie’s was their first in suburban Palatine. Likewise, Durty Nellie’s doesn’t often book nationally known, critically acclaimed acts like The Old 97s. This rare occurrence worked well for both parties, as a packed house enjoyed 90 minutes of rollicking country flavored alternative and garage rock.

Hearing audience members singing along to the fun and catchy “Barrier Reef,” it seemed likely long-time fans had traveled from afar to catch this show. Newcomers were no doubt easily converted as The Old 97s tore through a mix of high-speed rock songs and boozy ballads drawn from their latest effort Graveyard Laughing and 11 previous albums. Lead vocalist-guitarist Rhett Miller was a charismatic frontman who consistently fed off the crowd’s enthusiasm, while guitarist Ken Bethea provided plenty of firepower and twang.

Opening act Lily Hiatt, daughter of John Hiatt, joined the quartet (bassist Murry Hammond and drummer Philip Peeples are the rhythm section) for “Good With God” from Graveyard Laughing, swapping vocals with Miller. (Brandi Carlile sings on the recorded version.) The set also included “Champaign, Illinois,” a funny tune that has received a lot of airplay on Chicago station WXRT. The Old 97s returned for a trio of encores that kicked off with the touchingly romantic “Question” before blazing away on “Let’s Get Drunk And Get It On” and “Time Bomb.” After The Old 97s had finished, a guy standing nearby turned to me, and with a childlike sense of urgency said, “I want more!” Exactly.

P.S. Due a dinner engagement, I didn’t arrive at Durty Nellie’s until after Lily Hiatt’s opening set, but I did talk to her at the merch table and she was very friendly and cool.
Posted by Terry Flamm at 10:16 PM