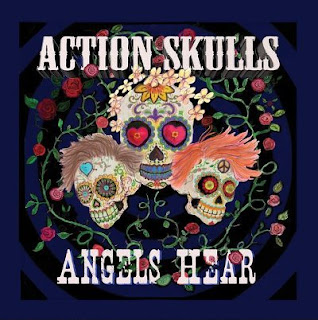 Dating back to the days of Crosby, Stills and Nash and Blind Faith, it’s always been fascinating to discover the chemistry that happens when members of various bands join together to start a new project. In Chicago, the recently formed trio Sunshine Boys comprises Freda Love Smith from Blake Babies; Dag Juhlin from The Slugs; and Jacqueline Schimmel from Big Hello. Blue Music, their debut release of hard-hitting but consistently melodic songs is due out early next year and they open for Poi Dog Pondering (another band Juhlin is part of) on December 30 at City Winery Chicago. Back in 2015, members from the Love Me Nots and Wooly Bandits joined forces for an impressive and fun new garage rock band called Motobunny.

More recently, Vicki Peterson from The Bangles; John Cowsill from The Cowsills; and actor/producer/musician Billy Mummy forged Action Skulls. Their debut album Angels Hear is now available and it’s filled with sparse, roots and garage rock tunes with twangy guitars and an adventurous mix of vocals from all three members. Highlights include the catchy “Mainstream” and gospel influenced “Feed My Hungry Heart.”