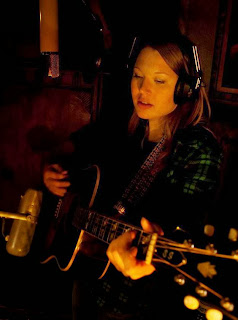 The current issue of Streetwise, a weekly publication that helps homeless people get back on their feet again, features its Chicago Annual Non-Profit Guide. Along with worthy organizations like Gilda’s Club Chicago; the Better Boys Foundation; and the Jane Addams Resource Corporation, there’s a profile on Deborah’s Place. Its mission is to provide support, services, and opportunities for homeless women. Streetwise lists two upcoming events coming in 2014; a Chili Cook-Off on January 25th and a Benefit Dinner on May 15.

But there’s also a way to support Deborah’s Place before this year is over, and it’s taking place at Schuba’s on December 8th. The Second Annual Woman Power Holiday Show will feature Liza Day,  a singer-songwriter who mixes elements of pop, folk, rock, and soul in her work. She recently released Nashville Sessions, which is available on iTunes and on her BandCamp page. The eclectic Diana And The Dishes, lead by pianist-vocalist Diana Lawrence, are also on the bill. They’ll likely be performing tunes from their spirited new CD, Take A Picture. Lady Laura is a former member of the group I Fight Dragons, and has embarked on a solo career. On her debut effort, Jezebel, she spins autobiographical tales, backed only by her own piano playing.

Advance tickets for The Second Annual Woman Power Holiday Show are $10; $15 at the door. The show starts at 8:00 PM on Sunday, December 8th.
Posted by Terry Flamm at 11:02 PM