Another Eclectic Collection From The XRT Vault 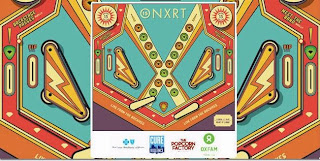 WXRT provided a preview of Live From The Archives Vol. 15 last Thursday as part of its weekly New Releases feature. This latest edition in the ongoing series once again draws from the extensive collection of live recordings the progressive rock station has amassed over decades of in-studio appearances and the concerts it has sponsored at Chicago venues. The CD goes on sale for $13.99 at local Target stores on December 3rd.

Aside from getting exclusive live recordings, another reason to pick this up is that some of the proceeds go to charitable causes. This year’s recipients are Oxfam America, an organization that works to end poverty and promote social change; and Cure Violence, which is dedicated to reducing violence around the world.

As usual with Live From The Archives, the selection reflects the station’s eclectic taste in music; touching on neo-soul, current alt rock, arena rock, vintage new wave, reggae, and the blues. Which also means the average buyer isn’t likely to be thrilled with everything on the disc. But with well-known artists like Cheap Trick, Phoenix, Passion Pit, Shemekia Copeland, Jimmy Cliff, Blondie, Mayer Hawthorne, World Party, The Lumineers, and Serena Ryder on board, Live is once again a good gift choice for any music fan.

It looks like WXRT has passed on a suggestion I made here on BHT at the dawn of 2013 that they create some sort of customized cabinet or case for those of us who have collected all 15 of the volumes. Something with the station’s illuminated call letters and/or iconic diamond logo. I’m hoping to post a review of Live From The Archives Vol. 15 soon after I buy my copy on December 3rd.
Posted by Terry Flamm at 8:54 PM