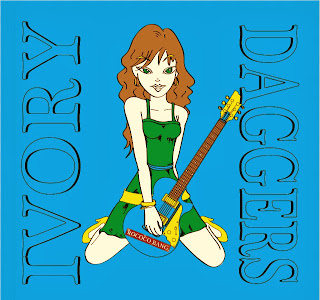 The 13th Annual International Pop Overthrow - New York  runs through this weekend at the Bar Matchless club. Some of the acts include Corin Ashley, The Recordettes, Zombies Of The Stratosphere, Dave Rave, Lannie Flowers, Vegas With Randolph, and Starbelly. On Sunday afternoon, there’s a special Girls Afternoon Out! showcase with Bibi Farber, Madison Cano, Ivory Daggers, Party Lights, and Changing Modes. Psychedelic masters The Anderson Council wrap things up with a 10:30 set on Sunday night.

As noted by writer Lori Rackl in yesterday’s From The Blogs column in the Chicago Sun-Times, there will be a Dr. Who Trivia Contest at Municipal Bar + Dining tomorrow at 5:30 PM. Don’t Blink: A Doctor Who Quiz will be hosted by Geeks Who Drink. Contestants will be divided into teams of no more than six players, and there will be cash prizes. There’s a $5 fee for participating. Municipal Bar + Dining is located at 216 W. Ohio Street in the River North area.

Tickets are now on sale for David Crosby’s February 8th and 9th shows at City Winery in Chicago.

Speaking of The Handcuffs, they’ll be on a quadruple bill, along with I Lost Control, The Blissters, and Hard Kiss at Martyrs’ next Friday, November 22nd. The music starts at 9:00 PM.

Congratulations to UK animator Simon Tofield on the fifth anniversary of creating the first Simon’s Cat video. Anyone who has a cat knows Tofield’s clips are funny and painfully true.

Some dreams could come true if I had a plane ticket to California. How’s this for a Broken Hearted Toy dream double bill? Debbie Peterson of The Bangles will be opening for Terry Sylvester, former guitarist-harmony vocalist of The Hollies at McCabe’s in Santa Monica on Sunday, November 24th. Peterson is best known as a drummer, but also plays guitar and sang lead on some of The Bangles’ hits. She’ll be joined by John Wicks of The Records. Admission is $20. If by any chance, Sylvester, Peterson, and Wicks perform a song together, will someone please post it on YouTube?

Children’s author Allan Woodrow will be signing copies of his books next Friday at 6:00 PM at the Barnes and Noble in Deer Park. In addition to his fun and imaginative prose, he’s promising there will be games and giveaways and activities. I had the pleasure of meeting Mr. Woodrow at my writers group’s recent book reading, and he really knows how to engage the crowd.

In other news related to my writers group, Cherie Colyer’s YA/paranormal novel, Hold Tight, has reached the #42 spot on Amazon in Mysteries and Thrillers. I’m a little over halfway through the book, which is a sequel to Colyer’s previously published Embrace. Hold Tight ups the suspense, with the young heroine Madison seeming to be in grave danger throughout much of the tale.
Posted by Terry Flamm at 11:28 PM