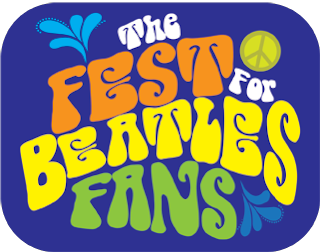 Founded by Mark and Carol Lapidos back in late 1970s, The Fest For Beatles Fans has always lived up to its name. The annual celebration makes its Chicago stop each August; bringing a wide range of fans to the Hyatt Regency O’Hare in Rosemont to relive Beatlemania and the original British Invasion via concerts, celebrity interviews; sing-along sessions; trivia contests; and artwork. A huge marketplace overflowing with vendors offering all kinds of treasures and memorabilia is almost worth the price of admission alone. Fest For Beatles Fans-Chicago runs tomorrow through Sunday. Tickets are $40 for Friday, $57 for Saturday or Sunday, and $130 for the entire weekend. Various two-day combinations are also available.

The 2013 lineup of celebrity guests includes Chad And Jeremy, who had hits like “Summer Song” and “Yesterday’s Gone,” and portrayed The Redcoats on The Dick Van Dyke Show, and Nigel and Patrick on The Patty Duke Show. This will be their first Fest For Beatles Fans-Chicago appearance. 1980s rocker Greg Kihn (also making his Fest debut) will be discussing his new novel, Rubber Soul, and he’ll join the cover band Liverpool for a few songs on Saturday night. Billy J. Kramer, a singer who took singles like “Little Children” and the Beatles-penned “Bad To Me” to the top of the UK and US charts, is back for another visit; as is Badfinger singer-guitarist Joey Molland.

English musician Chas Newby still has fond memories of the 1960 Christmas season. That’s when he played bass with The Beatles at four gigs. Rob Shanahan has spent the past six years as Ringo Starr’s photographer, which has included going along on tour the Ringo’s All Starr Band Tour. His hardcover book, Volume 1: Through The Lens Of Music Photographer Rob Shanahan, will be available at the Fest. Producer/musician Mark Hudson has worked with Ringo Starr, along with several other highly successful musicians. His humor is occasionally over-the-top, but it’s always fascinating to hear him tapping into his vast knowledge of pop music.

Those of us who met Freda Kelly at last year’s Fest will be eager to catch the screening of Good Ol Freda, a new documentary that tracks her experiences as the secretary of the Official Beatles Fan Club from the earliest days of Beatlemania through 1972. Kelly helped scores of people connect with The Beatles and became friends with John, Paul, George, and Ringo in the process.

Georgina Flood will return for her second year. The  Dublin-based artist creates amazingly detailed portraits of The Beatles, as well as other celebrities. Flood charmed visitors at last year’s Fest and has been steadily building a solid fan base in the United States. Eric Cash, another artist with expertise in rendering lifelike portraits of The Beatles, will also be back again.

Long-time master of ceremonies Terri Hemmert, whose Breakfast With The Beatles show airs on WXRT in Chicago every Sunday morning, comes across as an avid fan as well as a skilled interviewer in her on-stage sessions with guests. British comedian Martin Lewis  is the quick-witted moderator of Musician’s Forum, a fun and informative free-form conversation and jam session.

Liverpool is one of the top Beatles tribute bands in the country. Don’t look for them to don Sgt. Pepper uniforms or chatter in fake accents —they just play amazingly faithful covers of Beatles songs. They usually perform a set on their own, before inviting some of the Fest’s guest musicians to come out and join them. Check Fest For Beatles Fans-Chicago online for the weekend schedule, and a complete list of the celebrity guests.
Posted by Terry Flamm at 9:55 PM