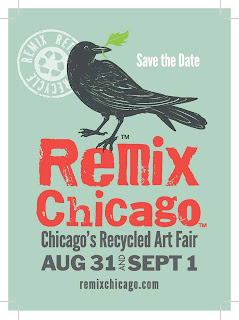 Pierogi, Stills, Nash And Young. Fans of Tributosaurus are accustomed to seeing the critically acclaimed tribute band at venues like Martyrs’ and Park West, but it has also established a presence at the Copernicus Center in the Jefferson Park neighborhood. Tributosaurus will be there tonight as part of Taste Of Polonia, taking on the esteemed role of Crosby, Stills, Nash And Young. I have to thank WXRT morning man Lin Brehmer for sharing this info on his show earlier this week because otherwise I wouldn’t have known about it. The show starts at 9:00 PM, tickets are a mere $7 at the festival gate. Taste Of Polonia will feature over 30 music acts through Labor Day, and is located at 5216 W. Lawrence.

EXPO ‘76, another band that does an amazing job of covering other people’s material, will be at FitzGerald’s tonight, performing with Cannonball, at the Sidebar. Steely Dan tribute band The Bad Sneakers Orchestra will be in the main room.

Saturday Morning With Ralph. Grab a cup of coffee tomorrow and tune in to the pilot for Ralph’s World: Guitar Time Machine at 9:30 AM on WTTW, Channel 11. Ralph Covert has recorded a number of kid-friendly Ralph’s World CDs, and is hoping to eventually go nationwide with this new TV show. Plus, he’s still the lead-singer and chief songwriter for The Bad Examples.

Remix Chicago, a street festival with an eye toward recycling, takes place this Saturday and Sunday. Neo-psychedelic rockers Secret Colours and the acerbic power pop band Archie Powell And The Exports play at 3:00 PM and 7:15 PM on Saturday, respectively, and Top Shelf Lickers kick things off on Sunday at noon.

As mentioned previously here on BHT, veteran Chicago musicians Ellis Clark and Phil Angotti will be performing together at The Abbey Pub, and Kevin Lee And The Kings will be at Sylvie’s  tomorrow (August 31st) night.

David Drazin was a member of my old comedy group Famous In The Future and has gone on to a successful career playing piano as accompaniment for silent films and with various bands. He’ll be performing at the Chicago Jazz Festival on the Chicago Jazz Magazine Stage with vocalist Gina Gibson and The Jazz Masters from noon until 12:45.

The Cultivate Food, Ideas And Music Festival, sponsored by Chipotle, takes place in Lincoln Park next Saturday from 11:00 AM to 7:00PM. Along with its quest to promote sustainable and healthy food, Cultivate with have appearances by well-known chefs and live music. DJ Chris Golub will be spinning records between sets by Walk The Moon, who have been featured on a series of ads on WXRT this week; Youngblood Hawke; Dale Earnhardt Jr. Jr.; The Mowgli’s; and Bestfriends.

Hey Joe, Where You Going With That Mic In Your Hand? Theatre Nebula will be staging Joseph And The Amazing Technicolor Dreamcoat at Cutting Hall in Palatine on weekends from September 7th through the 29th.

There’s Starman Coming Here Next Fall. As recently reported by Christopher Borrelli in the Chicago Tribune, the Museum Of Contemporary Art Chicago has snagged the popular David  Bowie Is multi-media retrospective for a run here in September, 2014. In the meantime, Bowie fans can check out An Evening Of Davids, which combines the Talking Heads tribute band This Must Be The Place and Sons Of Silent Age David Bowie tribute band in a double bill at Bottom Lounge on Friday, September 20th.

People Get Ready For A Curtis Mayfield Play. The Black Ensemble Theater, which has achieved much critical and commercial success with a series of biographical plays about African American entertainers, has a new effort titled, It’s All-Right To Have A Good Time: The Story Of Curtis Mayfield. Written by founding member Jackie Taylor and directed by Taylor and Daryl D. Brooks, it will star Reggie Torrian of The Impressions, along with newcomer Cecil Jones as the young Curtis Mayfield. Tickets are now on sale.

A Touching Tribute. Jimmy Rane, singer-guitarist for the Chicago-based band The Viaducts, has created a touching tribute to the shooting victims at the Sandy Hook elementary school, that also serves as a call to action. “In Our Time,” written from the perspective of a grieving parent, also features Rane’s impressive guitar playing.
Posted by Terry Flamm at 5:31 PM