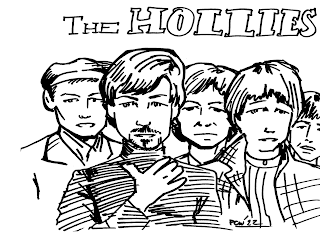 There was already a line outside the Reckless Records location in downtown Chicago when I arrived 20 minutes before it was due to open on Record Store Day 2012. Once the doors opened (and stayed open, which had to be kind of chilly for the employees) the vinyl junkies moved in such an orderly fashion, I was surprised to find there was no one officially supervising us. It was nothing like the day after Thanksgiving chaos that’s become so common in major retail outlets.

Still, each treasure hunter was expected to have a list and be ready to conduct a quick transaction. The Reckless staff was friendly and quick as they grabbed the rare 7”, 10” and LP vinyl releases for customers. I bought 45 records of Paul McCartney’s “Another Day,” The Clash’s “London Calling (2012 Mix),” and the Official Small Faces Re-Masters Series “Itchycoo Park,” which came with Limited Edition postcard.

That was just the beginning of a hectic day. Next, I hopped the Blue Line to the Reckless Records location on Milwaukee Avenue, where comic artist Steve Krakow was doing rock band caricatures. Patrons could choose to be included in the portrait, or just have the band itself. Krakow, who does the Secret History of Chicago Rock comic in the Chicago Reader, is an amiable and knowledgeable music fan as well as an artist. As he quickly drew the cover of The Hollies’ For Certain Because CD for me, he noted that Hollies guitarist Tony Hicks would be honored with a Guitar Hero trading card in the next issue of his zine, Galactic Zoo, which is due out in June.

With the Hollies portrait tucked safely within a spiral notebook, I took two elevated trains to the Laurie’s Planet Of Sound record store on Lincoln Avenue, overshot it by four stops and had to double back. Local musicians Edward Burch, Phil Angotti, Steve Dawson, and Brad Elvis were covering the entire Monkees LP, Pisces, Aquarius, Capricorn and Jones Ltd. They were joined by assorted other musicians, including a trombone player who spent much of the set standing in a restroom next to the makeshift performance area. They brought The Monkees songs to life, and it was great to hear the hit singles “Words” and “Pleasant Valley Sunday” along with more obscure material like “Peter Percival Patterson’s Pet Pig Porky.”

With my Record Store Day activities completed, it was time to wind things up with a trip to Redline Tap to catch the tail end of the International Pop Overthrow - Chicago afternoon showcase.

Unfortunately, I just missed The Pop Dollys, but I was able to catch singer-bassist Mike Cohen’s other power pop outfit, The Abbeys. Cohen and guitarist Jeff Janulis often perform under this name as a duet, but this year, their melodic tunes and impressive harmonies were backed by a full band featuring original drummer Mark Fornek and new guitarist Matt Szejda. The impressive set included “Peace With The Past,” which Cohen explained was the first song he and Janulis worked on 20 years ago. The Abbeys are currently working on a new CD.

I also saw New Inhabitants  at IPO - Chicago that afternoon, playing songs from their new EP, which they’re currently funding through Kickstarter. The new material reflects a change of direction for the Lawrence, Kansas quintet, as they move to a more indie rock sound.

All in all, a thoroughly enjoyable day.
Posted by Terry Flamm at 11:24 PM