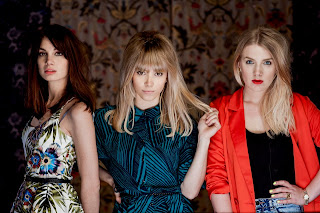 This weekend, Chicago plays host to the NATO Summit, which means the city will be teeming with even more visitors than usual. Regardless of whether they’re policy-setting foreign dignitaries or placard-wielding agitators, these people need a reader-friendly blog that not only offers ideas of what to do while in town, but also projects a global vision. Welcome to Broken Hearted Toy.

First stop: England, where indie rock/power pop ambassador David Bash has brought his traveling music festival, International Pop Overthrow to Liverpool. IPO has already made stops in San Diego, Phoenix, Detroit, Chicago, and Milwaukee, and has now embarked on U.K. leg of its annual tour. IPO-Liverpool always attracts a number of first-rate acts eager to perform in the birthplace of The Beatles.

As I told Ambassador Bash when he visited Chicago, the new IPO website is a great resource for discovering new bands, even for people who never actually attend one of his shows. For example: peruse the IPO-Liverpool schedule for an interesting band name, click on the link, and then check out its music. I picked Spygenius, who performed at The Cavern Club earlier this week, and discovered they have a video for the ringing pop tune, “The Girl Who’s Everywhere” that’s a very clever homage to animator Terry Gilliam of Monty Python.

Note: Paul Hughes, who performs under the name The Candy Strypers, has a rare acoustic gig at The Cavern on Sunday afternoon. My review of The Candy Strypers’ digital album, ¡contenidos caliente! appeared in Broken Hearted Toy on April 10th. IPO runs in Liverpool through May 22nd before moving on to London.

Now we visit Scotland, where The Creeping Ivies  plan to follow the primitive rock fun of their debut Rock N Roll Party with a free download of the new Ghost Train EP on June 1st.

Still no word on a new CD from French garage rockers, The Plastiscines, but the band, which is apparently now a trio, is currently on tour in China.

Back in the U.S.A., The dB’s have just made a new single available for download on ReverbNation. The gritty garage rock tune, “That Time Is Gone,” which is equally driven by keyboards and guitars, bodes well for the band’s long-anticipated CD, Falling Off The Sky, which drops on June 12th.

Eric Howell and his band will perform his 2008 power pop album, The Greatest Hitch! Vol. 1 in its entirety, at Martyrs on May 23rd. The concert will be preceded by a screening of Howell’s documentary, Beneath The Music: The Story of Greatest Hitch.

Tickets are now on sale for the The Romantics (featuring Chicago’s own and Handcuffs founder Brad Elvis on drums) and The English Beat gig at The House Of Blues in Chicago on June 20th.

Mary E. Donnelly, a regular contributor to the PowerPop blog, will be a guest on WHRW - Binghampton’s One and Only Free Format Radio Station this coming Tuesday, May 22nd, at 7:00 EST discussing her book, Boys Don’t Lie: A History Of Shoes. She’ll also be previewing a song from the power pop band’s upcoming CD, Ignition.

I attended another Jokes4Miles meeting earlier this week, and promised comedian Len Austrevich that I’ll continue to ask bands to upload a short message, song, or joke to the J4M site for his son Miles. Miles is going through some particularly grueling therapy for brain cancer, and could really use the pick-me-up. So here’s a plea to musicians around the globe to join this fun and very worthwhile project. You can find all the details at the Jokes4Miles website.

Finally, best wishes to Chicago Cubs pitcher Kerry Wood, a class act on and off the field, in regard to his very tough decision today to announce his retirement.
Posted by Terry Flamm at 11:34 PM