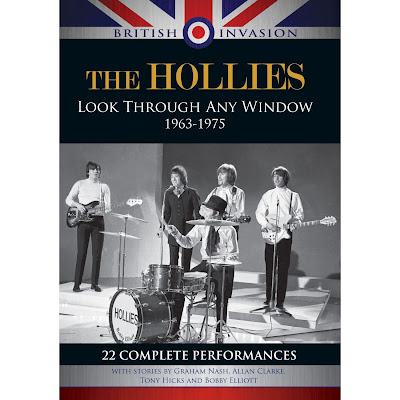 Experience Tomorrow Tonight. Tomorrow The Moon, the sci-flavored rock band that includes guitarist-vocalist Steve Gerlach from The Bad Examples, will touch down for a gig tonight at Abbey Pub on Chicago’s northwest side. Look for the group to perform songs from its The Dim, Distant Now CD. Rich Xperience, Power Of Time, and Karlye Lapetina are also on the bill.

May Arrives In October. Irish singer Imelda May dropped by WXRT yesterday afternoon for a chat with Terri Hemmert in advance of her gig tonight at the Park West. May, who has garnered critical acclaim for her fiery live performances as well as her Love Tattoo CD, came across as soft-spoken and friendly. She opened the session by noting it was an honor to be interviewed by National Radio Hall of Fame inductee Hemmert.

In addition to performing “Mayhem” and “Inside Out” live with her husband, guitarist Darrel Higham, May reminisced about singing blues songs as a kid in an Irish pub, and how Ron Wood once joined her on stage back in those days. She also explained the process of singing along with her own pre-recorded layered vocals when she was part of Jeff Beck’s Rock & Roll Party: Honoring Les Paul show. As a life-long blues lover, May said she was compelled to visit Chess Records on Michigan Avenue when she came to Chicago. “It was quite emotional going there,” the singer noted. Her show at the Park West tonight starts at 8:00 PM.

Melodies You Can Rely On. Aaron Fox & The Reliables, a power pop band that’s really come into its own through a series of gigs at International Pop Overthrow - Chicago the past few years, will be performing at Reggies Music Joint tomorrow night. Show time is 9:00 PM.

Brotherly Rock. Veteran power pop trio 92 Degrees makes a rare live appearance tomorrow night as part of a double bill with the hard-hitting and melodic Van Go at Phyllis’ Music Inn at 1800 W. Division in Chicago. Van Go plans to unveil the quantum physics related new song called “Schrodinger’s Cat” at the gig and warns patrons might get a bit disoriented. If that wasn’t confusing enough, each band has a bass-playing Galassini; Mike for 92 Degrees, Lou for Van Go. Show time is 9:30 PM.

Dive Right In. WETT, a five piece band fronted by versatile lead vocalist Annette Grover, will be performing a one hour set of eclectic cover songs tomorrow, October 8th at The Brat Stop in Wisconsin. The show starts at 4:00 PM. WETT will be also be performing at Drifters Saloon in Dixon, Illinois on October 15th.

Now You Actually Can Look Through Any Window. The October 6th edition of the online newsletter Popdose features the Ken Shane piece, A Fan’s Notes regarding the new DVD The Hollies Look Through Any Window 1963 -1975. The 22-song disc is the fifth volume in the British Invasion series, which kicked off last year with the simultaneous release of profiles on Small Faces (currently nominated for Rock And Roll Hall Of Fame), Dusty Springfield, Herman’s Hermits, and Gerry & The Pacemakers.

Shane praises the video and audio quality of the series, as well as its format, which includes live performances from European TV shows, interviews, and bonus features. Although there are countless CD collections covering The Hollies’ career, Look Through Any Window provides a rare extensive visual look at the band. Previously, the best way to view The Hollies was on bootleg DVDs and VHS tapes, or the Classic Pictures’ Special Edition, which inexplicably offered four Hollies performances and 10 performances by other artists ranging from Procol Harum to Kid Creole & The Coconuts. The import CD/DVD The Dutch Collection is loaded with all kinds of interesting Hollies visuals, but it’s in the PAL format. The Hollies Look Through Any Window 1963 -1975 is available from Amazon for 12.99.

Hangbangers Board. As Halloween looms closer, it might be a good idea to check out the costumes available from the TOYNK website. Their online store also carries several action figures, and for the more cerebral of your heavy metal-loving friends, there’s an AC/DC version of Monopoly. The game’s description explains the usual tokens players use to travel around the board have been changed to “more rock-appropriate” items like a cannon and a bundle of dynamite, while properties have names like Black Ice and AC/DC Lane.

Laura & Linda’s World. In yesterday’s post about the spooky Bed Of Roses song “The Attic That Is My Mind,” I mentioned that Laura Good from The Twigs played cello on it. It’s been a while since The Twigs recorded anything, but Laura just sent a message that she and her sister Linda are currently working on a single they hope to release soon. The Goods are also wrapping up a full-length CD of kids music that will be similar to the way They Might Be Giants and Grammy-nominated Chicagoan Justin Roberts approach the genre.

Should Old/New Acquaintances Be Forgotten? When Material Issue bassist Ted Ansani and drummer Mike Zelenko got together with singer-guitarist Phil Angotti to form Material re-Issue, it was described as a short term project to celebrate the 20th anniversary of the original band’s debut, International Pop Overthrow. Apparently they’re sticking with that plan because the New Year’s Eve Material re-Issue gig at Reggie’s Music Joint in downtown Chicago is being billed as their “Last Show Ever.” $30 early bird tickets for the Last Rites sponsored show will be available through November 30th.