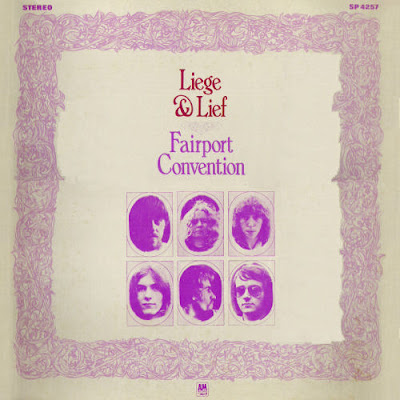 Before getting on with today's Halloween song repost, here are a few links to some spooky projects I've worked on recently.
First, the Sunday Morning Coffee With Jeff Internet show launched its second annual Halloween special today. My wife Pam and I created four bits for this edition, including What's With Terry, where I interview novelist Cherie Colyer about her new novel, Embrace; an Old Days where Fritz Willoughby gets a hankering to go trick-or-treating; a lost episode of Manchester Gallery and how a costume party goes haywire; and our cat Phoebe gets spooky in the latest installment of Phoebe Philosopher Cat. Plus, there are clips by Willy Deal, and some scary things that host Jeff Kelley came up with. Check it out.
Jeff Kelley also teamed up with artist Dave Metzer to film a series of zombie vignettes for the suburb of Elgin's Nightmare On Chicago Street Halloween festival. I appeared in one of the clips as a doctor who's an expert on zombie behavior.
And now, on to the legend of Tam Lin, as told by the English folk rock band, Fairport Convention.

Along with Steeleye Span, Fairport Convention helped revitalize folk music in England by electrifying traditional ballads with modern arrangements. “Tam Lin,” from Fairport Convention’s 1969 album, Liege And Lief, features a strong-willed heroine in a hair-raising tale of lust, evil curses, and redemption. It’s based on Scottish folklore although variations have surfaced in other cultures as well. Brought to life by the terrific lead vocalist Sandy Denny, the lyrics warn maidens to steer clear of a wooded area called Carter Hall because a creepy elf named Tam Lin dwells there.

Some versions of the original ballad offered unsavory reasons why a particular maiden named Janet ignores the warning, but Fairport Convention goes with the more positive view that she believes she has a right to pick roses at Carter Hall since it’s part of her family’s property. “When up there came young Tam Lin says, ‘Lady, pull no more./And why come you to Carter Hall without command from me?’/‘I’ll come and go,’ young Janet said, ‘and ask no leave of thee.”

Fairport Convention breaks up the narrative with energetic instrumental passages driven by electric guitar and fiddle. Although it’s not stated clearly, Janet’s encounter with Tam Lin includes him seducing her, and later there are consequences. “Well, up then spoke her father dear and he spoke meek and mild/‘Oh, and alas, Janet,’ he said, ‘I think you go with child.”

By then, she’s fallen in love with the little guy. “For if my love were an earthly knight as he is an elfin grey/I’d not change my own true love for any knight you have.” Janet goes back to Carter Hall to see if Tam Lin wants to trade the woods for a family, castle and white picket fence. He’s game, especially since his only other option at that point is being offered up as a human sacrifice. “The Queen of Faeries caught me when from my horse I fell/And at the end of seven years she pays a tithe to hell/I so fair and full of flesh and feared it be myself.”

The magic of Halloween night not only offers Tam Lin a means to escape, but through Janet’s love, it can also transform him back into the handsome knight he was before the Queen of Faeries cast a spell on him. Janet carries out the elaborate ritual Tam Lin prescribes, and wins his freedom. The Queen of Faeries is furious with the outcome. “‘Oh had I known, Tam Lin,’ she said, ‘what this knight I did see/I have looked him in the eyes and turned him to a tree.’”

The Tam Lin Balladry site lists several more sinister variations on the original ballad than Fairport Convention’s version, but there is one that depicts The Queen Of Faeries expressing a grudging admiration for Janet’s pluck. On that note, we can also thank Fairport Convention for its well-executed take on this spooky legend.