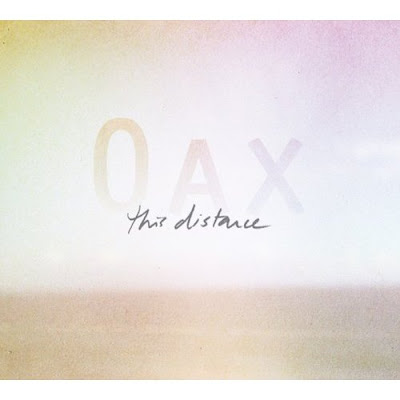 The debut EP from Oax, a solo project by The Rosebuds’ bassist Giorgio Angelini, features him pretty much playing all the instruments himself. Jim Eno of Spoon produced and plays drums on one of the tracks, while Ivan Howard of The Rosebuds and Chris Simpson of Mineral and The Gloria Record help out on vocals. Surprisingly, This Distance doesn’t sound much like the previous work from any of the musicians who were involved in its creation.

Four of the five tracks were recorded at Angelini’s home, and they all have a rough-hewn, guitar-oriented quality reminiscent of vintage Neil Young or Eleventh Dream Day. “Liar, Cheat, Jerk” is a spacey, slow-moving number with exotic percussion, while the melodic “Pretty Good Start” melds grunge and Country music within a tempo-shifting arrangement. “Love And Crashing” and “Scoundrel” are faster-paced songs, but like everything else on This Distance, they’re laced with cryptic lyrics that take a caustic view of love and relationships.