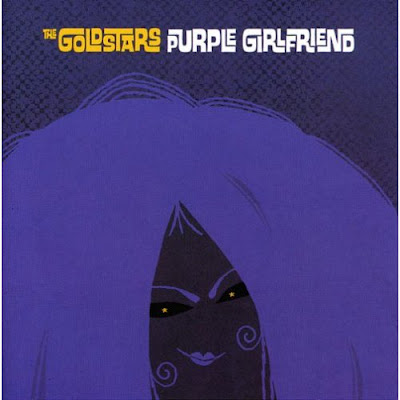 Last night’s Halloweekend 2011 at The Abbey Pub was an absolute blast. Unfortunately, I had to leave before American Headlight Noise took the stage as Bruce Springsteen, but the first five tribute bands nailed their targets perfectly. Hats off to Metropolly (Hole), Penthouse Sweets (Nick Lowe), The Webstirs (Chicago), Bon Mots (Alice Cooper), and John Aselin (Rolling Stones) for all the great rock and roll.

The fun continues tonight, with tributes to Huey Lewis, Joy Division, Billy Bragg, Bachman Turner Overdrive, and Patty Smith. Note: Phil Angotti will be performing as Elvis Costello and The Attractions tonight instead of as The Who.

Here’s a couple of previously-posted Halloween song profiles packaged together.

The Goldstars - “Purple Girlfriend” Comprised of Dag Juhlin from The Slugs; GT and Skipper from The New Duncan Imperials; and Sal from The Krinkles, The Goldstars specialize in creating 1960s style garage rock with an offbeat sense of humor. “Purple Girlfriend,” the title track of The Goldstars second CD, is an energetic instrumental that would have worked great as the theme song to a TV show in the Batman and The Munsters era. The space-age keyboards and fuzzy guitars bring to mind a party with go-go girls, as well as an invasion of space aliens. Since there are no lyrics, you’re free to let your imagination run wild. And dance.

October Country -“My Girlfriend Is A Witch” This is just one of the many cool audio artifacts to be found on the Rhino CD compilation, Where The Action Is! Los Angeles Nuggets: 1965-1968. Recorded in 1968 by a band that never found success beyond the West Coast, this is classic garage rock, with fun, spooky lyrics like, “Riding high/Leaving trails of smoke across the sky/On a broom/Glad that I am safe within my room.” In this case, having an other-worldly significant other doesn’t seem to have any ill effects, but it does inspire a bit of competition. “What a fate/A worshiper of magic for a day/But tonight I become a warlock just for spite.”

The song was written by record producer Michael Lloyd, who also provided lead vocals and some high-powered psychedelic guitar strumming, along with Marty Arsenault. Almost half of this catchy song is taken up by the musicians’ spirited jamming, which creates a live performance at a 1960s go-go club ambience.

There’s no indication that the band took its name from Ray Bradbury’s collection of creepy short stories, The October Country. Instead, “My Girlfriend Is A Witch” has more of a 1960s TV theme feel. In fact, according to the book that comes with Where The Action Is, Lloyd recorded a second version in 1969 for the Saturday morning hillbilly feline cartoon series, The Cattanooga Cats.