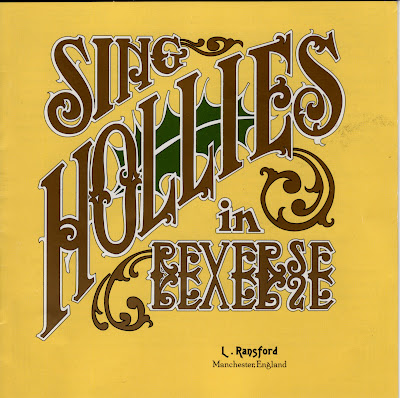 On previous posts, I’ve addressed the issue of whether the soon-to-be-inducted into the Rock And Roll Hall Of Fame Hollies were more than just a hit singles band by describing some of the better tracks on their albums. Another reason The Hollies are worthy of this honor is the amount of influence they’ve had on artists who have followed after them. To this day, it’s common for rock critics to compare the effervescent melodies or three-part harmonies of a new act to those of The Hollies. In 1995, several current artists came together to honor The Hollies on the compilation Sing Hollies In Reverse. Here are just a few of the highlights from that CD.

When The Posies first came out of Seattle in the 1987, several critics noted that they sounded like the Hollies. One even declared, “The Posies don’t just sound like The Hollies, they are The Hollies.” Amazingly, Posies founders Jon Auer and Ken Stringfellow weren’t even familiar with the British Invasion band at the time they recorded their first album. Luckily, that didn’t keep them from participating on Sing Hollies In Reverse. Their rendition of “King Midas In Reverse” was pretty faithful to the original arrangement, but with a bigger sound and lots more guitar feedback. Which is basically my definition of power pop; a more muscular version of 1960s sensibilities. Back to 2010 for a moment; The Posies will release Every Kind Of Light, their first CD in 10 years, this Spring.

Tommy Keene has been a critically acclaimed power pop artist for several years, and like The Posies, he took a heavier though otherwise faithful approach on his rendition of one of The Hollies’ hit singles. Among other innovations, he replaced the steel drum part of “Carrie Anne” with a guitar solo.

The Loud Family, the band vocalist-guitarist Scott Miller formed after Game Theory, combined guitars and synthesizers on their psychedelic version of “Look Through Any Window.” The song starts out slowly and about midway through, shifts to a much faster tempo. Miller once described his own voice as a miserable whine, but devoted fans of Game Theory and The Loud Family know better.

Mitch Easter is well known as a producer, but he also fronted a highly enjoyable band called Let’s Active in the early 1980s. I saw them open for R.E.M. at the Park West in Chicago, and was immediately hooked. The amazing thing about Easter’s high energy vision of “Pay You Back With Interest” is that he played all the instruments himself.