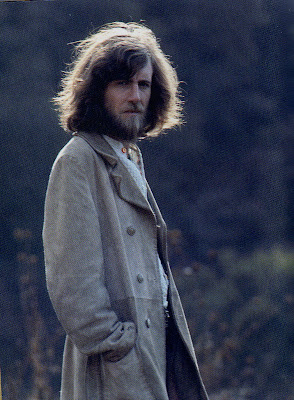 Today is Graham Nash’s birthday. In addition to wishing him the best in the coming year and thanking him for all the great music, Broken Hearted Toy offers a preview of an upcoming Graham Nash appearance. Nash’s fans know how much he loves photography. The 2008 deluxe edition of Songs For Beginners includes a DVD in which he talks about his lifelong passion for collecting and taking pictures.

Taking Aim: Unforgettable Rock ‘n’ Roll Photographs Selected By Graham Nash, which runs from February 5th to May 23rd at the Experience Music Project/Science Fiction Museum Hall Of Fame in Seattle, combines his passions for music and photography. The exhibition includes work by photographers like Anton Corbijn, Henry Diltz, Lynn Goldsmith, Annie Leibovitz, Mick Rock, and Francesco Scavullo, who are known for their ability to capture the essence of rock music. Nash’s own photographs will be featured as well. Taking Aim is a multi-media event that encompasses photos of musicians such as Elvis Presley, Sid Vicious, Elton John, and Bob Dylan; ambient music; an audio tour recorded by Nash; a photographer’s studio; and other interactive exhibits.

Nash and Director of Curatorial Affairs Jason Emmons will host a special kickoff in Sky Church at EMP/SFM at 7PM on February 5th, joined by several of the photographers. The Experience Music Project/Science Fiction Museum Hall Of Fame is located at 325 5th Avenue North, in Seattle.

Hopefully, the exhibit will travel to other cities as well. But if it doesn’t, and you can’t make the trek to Seattle in the coming months, try checking out the pics in book form. Taking Aim: Unforgettable Rock 'n' Roll Photographs Selected By Graham Nash, published last November, includes all of the photos at the exhibition, plus a CD of Nash’s full audio tour. Nash has also published a more extensive book of his photographs (many of which are not music-related) called Eye To Eye.