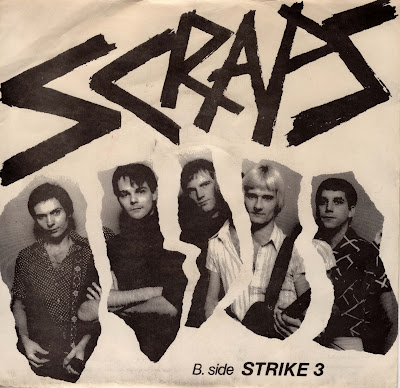 A semi-regular feature about some of my favorite single records from the past.

A post I did a while back on “Leave Me” by The Hollies got me thinking about how some songs are able to fully convey the anger and bitterness of breaking up without resorting to violent imagery. On his syndicated radio show Underground Garage, Little Steven Van Zandt is in the midst of a Valentine’s Day Trilogy that covers the many facets of romantic relationships. Part Three, which airs next Sunday on WXRT here in Chicago, will celebrate the joy of finding true love. Part Two dealt with the less heart-warming subject of revenge, and included the predatory songs “Boom Boom, Out Go The Lights” and “Hey Joe.” Both are considered classic rock ‘n’ roll, or blues/rock in the case of “Boom Boom,” but as much as I respect Van Zandt, I’m still uncomfortable with these songs, especially considering the eternal epidemic of violence toward women in society.

One of the nonviolent break-up songs that came to mind was “Strike 3,” the B-side of a 45 record from the early 1980s by the Chicago band, Scraps. A male rock critic at the time blasted “Strike 3” as sexist, but I disagree. A man has the right to leave a relationship if he’s being played for a fool, and that’s what’s going on in this guitar-driven punk rock tune. The protagonist, as voiced by lead singer Pat Deane, even gives his girlfriend a trio of warnings that if she doesn’t stop messing around with other guys, he’s leaving. “Strike two, what the hell you trying to do? If you swing like that, baby, we’ll be through.” The girlfriend’s decision to go right on cheating brings a justified call of “Strike three, you blew your one last chance.” In the end, as Deane laments, “I lose you and you lose me,” no one has won, but at least no one wound up in the morgue.

The record’s A-side, “Gossip,” was a clever satire that still holds true in today’s celebrity obsessed culture. Guitarists Glenn Miller and Joe Minor help propel the song as Deane sings, “When you tell me a secret, it’s no secret any more.” Scraps also released the impressive 12” single “Hits/Temporary Love.” They were big on the Chicago club scene in the late 1970s/early 1980s, and those of us who lived on the southwest side were particularly proud of them because they got their start at Haywires, one of the few clubs in our placid neck of the woods where you could actually see punk and new wave bands. Deane had even gone to the same grammar school as me.

I was writing for a paper called Metro Calendar at the height of Scraps’ popularity, and my publisher Larry McManus claimed that Deane once told him that he remembered me as being a snot in our school days. I chose not to believe McManus since he was a perpetual wiseguy who also claimed that the lead guitarist for another local band smashed a Twinkie in his ear.

So, even if their lead vocalist did call me a snot, here’s a big thank you to Scraps for all the enjoyment they gave us.