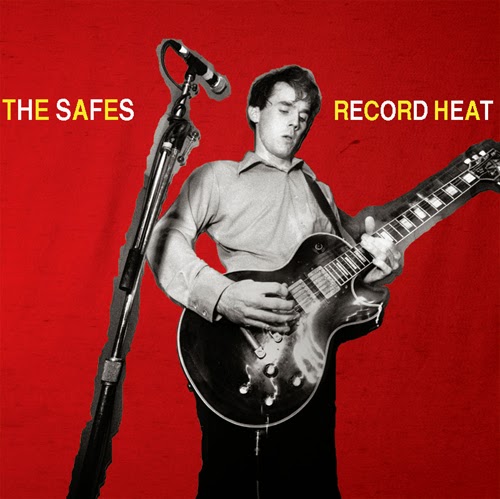 The Safes have gone into the recording studio several times since forming in 2003, alternating between EPs and full-length efforts. Their latest release, the 10-song Record Heat, finds these Chicago-based guys at the top of their game. Most of the tracks are just a bit over the two-minute mark and exude a brazen punk/garage rock sensibility. “I Would Love To,” which the band recently showcased in an imaginative video, combines a touch of The Ramones with some catchy new wave type keyboards.

“The Wide Open Sky” and “Know It All” in particular recall The Undertones with their revved-up melodies and lines like, “You claim to know so much but I haven’t learned a thing.” “Hopes Up, Guard Down” and “Erased From History” are also simultaneously brash and irresistible. Inviting guest vocalist Kathleen Wilson on board for the twangy “K.O.” shows a healthy interest in furthering the band’s sound, and The Safes also succeed with the power pop of “Ace For A Face” and the slower, more elaborate “Hot Pursuit.”
Posted by Terry Flamm at 7:45 PM