Harmonizing At A Theater Near You 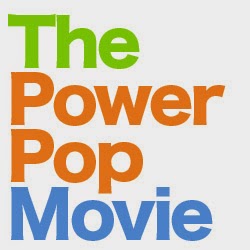 I have a couple of stock answers for those occasions when someone asks me to define power pop. One is: melody + harmonies + energy = power pop. The other is to explain that power pop is like The Beatles and The Hollies, except with more of an edge. Of course, like any genre, power pop can have its ups and downs. It can be twee lyrics set to a derivative arrangement, or it can be an invigorating roller coaster ride driven by ringing guitars and razor-sharp observations on the joys and frustrations of romantic relationships. And soon power pop will the subject of an expansive trilogy of books, as well as a documentary.

I’m hoping to post a review of noted music author Ken Sharp’s Play On! Power Pop Heroes Volume No. 1 sometime around the end of November or the beginning of December. I’ve already ordered my copy of his limited-edition book, which is due to be shipped in a few weeks. The cover alone is enough to get power pop aficionados and fans of The Who salivating.

And just today, I received word from Boston-based filmmaker Justin Fielding of CastParty Productions  that he’s set to begin work on a power pop documentary. Fielding has already lined up International Pop Overthrow Founder/CFO David Bash and Bruce Brodeen from Not Lame Recordings and the Pop Geek Heaven website as Executive Producers. He’s also been in contact with the members of the iconic power pop band Shoes. Principal photography will kick off at International Pop Overthrow - Boston, which runs from Wednesday, November 19th through Saturday November 22nd.

Fielding will offer updates on the film’s progress on the newly created The Power Pop Movie blog.  He’s also asking people to weigh in with their own definition of power pop, and to suggest bands they would like to see in the movie. With the arrival of Ken Sharp’s series of power pop books and Justin Fielding’s flick, there may soon be some definitive answers to the question, “What is power pop?”
Posted by Terry Flamm at 10:49 PM