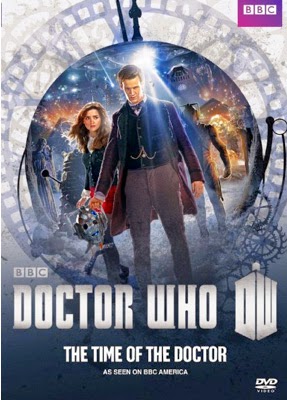 One of America’s Thanksgiving traditions, along with family dinners, football, and expressing gratitude, is the arrival of sandbag-sized editions of the daily newspapers, filled with retail flyers. Of course, now it’s possible to do all your Black Friday shopping online, but some old-school bargain hunters use these colorful flyers to prepare for hand-to-hand combat in overcrowded shopping malls. Whatever form of holiday shopping you prefer, here are a few gift suggestions courtesy of Broken Hearted Toy.

Excuse me while I draw to this inside straight. Know anyone who loves “Purple Haze” and poker? The Music Room in Palatine has Jimi Hendrix playing cards for sale. I only saw one deck when I was there, so it might be a good idea to call ahead to make sure they’re still in stock.

At any given Bangles concert, the audience can be divided into those who only came to hear “Eternal Flame,” and those who are the group’s true fans. The digital-only album Ladies And Gentlemen . . . The Bangles, which became available today on iTunes and other online sites, is definitely for the latter. It includes all five tracks from the band’s 1982 self-titled debut, along with previously unreleased demos and live performances.

Avid vinyl collectors know the drill when it comes to the annual Record Store Day in April, but the new Black Friday version has several limited-edition gift ideas for rock fans. When you arrive early at your favorite independent record store tomorrow, you might be able to snag treasures like The Beatles’ “Long Tall Sally” EP on 7” vinyl; David Bowie’s 10” three-track EP; Game Theory’s pair of 10” vinyl releases—Pointed Accounts Of People You Know and Distortion—on clear and green vinyl, respectively; and Chrissie Hynde 10” colored vinyl, six-song Stockholm Live At The 229 Club, London, England. Supplies are limited, and some record stores don’t get all the releases listed on the official Record Store Day website.

Just about everyone knows at least one Doctor Who fan, and there’s an amazing variety of items to choose from for that special gift. The BBC has a three-part DVD series called The Doctors Revisited that covers every actor (except the very recent Peter Capaldi ) who has ever played the role. Doctor Who: The 50th Anniversary Special: The Day Of The Doctor, is another good choice. The Time Of The Doctor not only has Matt Smith’s last show in the lead role, it includes an enjoyable Farewell To Matt Smith tribute.

WXRT has released Live From The Archives Volume 16, the latest in a series of CDs that feature exclusive concert performances that have aired on the FM station. This year’s edition is supported by Blue Cross Blue Shield of Illinois, with proceeds benefiting Growing Home & Chicago Women’s Health Center. The artists on Vol. 16 include Suzanne Vega, Temples, Los Lobos, Jake Bugg, Modern English, and John Butler Trio. I still think WXRT should offer some sort of cool container for those of us who have collected the entire set. The CD will be available at Target stores next Tuesday, December 2nd.

The Fest For Beatles Fans catalog once again has just about everything for that John, Paul, George, and Ringo fan on your holiday gift list. The new Art Of McCartney tribute CD was a good start, but imagine the joy on your Beatles devotee’s face when you give him or her a Fab Four pair of cufflinks, bottle opener, lamp, socks, dice, dart board, jigsaw puzzle, plush doll, lunch box, or pajamas. There’s a brown suede jacket just like the one John Lennon wore on the cover of Rubber Soul, and an assortment of Beatles-themed umbrellas to make sure it doesn’t get ruined when the rain comes. If you’re not on the mailing list for the catalog, you can check out the Fest For Beatles Fans official website.

The Rock And Roll Hall Of Fame has all kinds of gift items, and now there’s an exclusive line of Inductee t-shirts that includes The Who, Elvis Presley, Heart, Muddy Waters, Blondie, Dion, The Crickets, Earth, Wind And Fire, and John Lennon.

Also, check out the websites of your favorite bands for t-shirts, buttons, magnets, holiday songs, tour books, or other special items.

Concert tickets are always a nice surprise as a holiday gift, but don’t neglect the local clubs. Here in Chicago, we have an especially active music community that encompasses rock, jazz, blues, hip hop, house, soul, country, and classical. Just about every group has a website where you can buy its music in various formats. Support your local bands.

The same goes for Chicago’s theatre scene, which ranges from Broadway-bound productions to the in-your-face work of storefront venues.

This holiday season, give thoughtfully, and give creatively.
Posted by Terry Flamm at 8:32 PM