Reliving The 1980s Through A Scrapbook 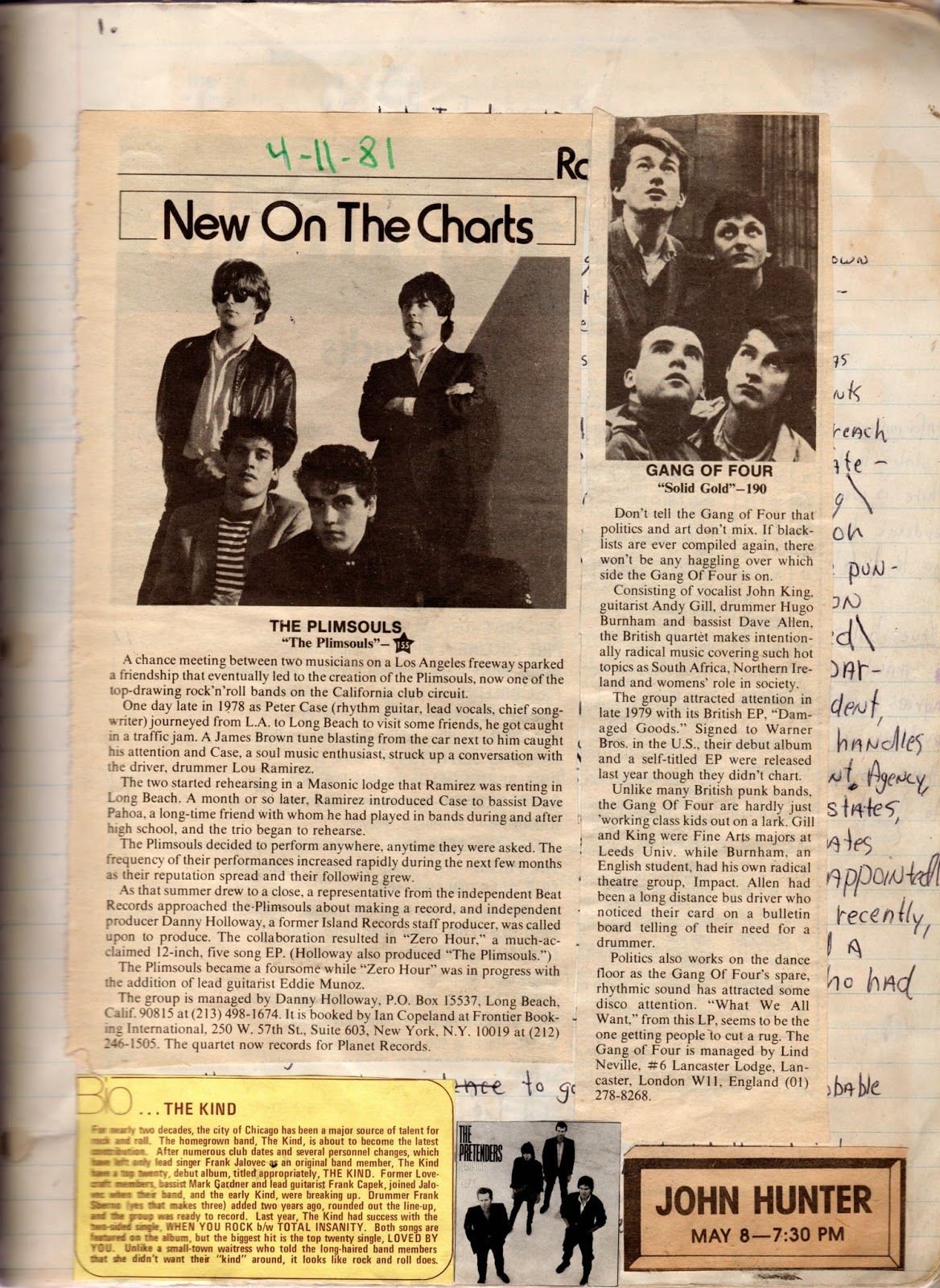 It seems like I’ve been saving entertainment-related articles and reviews for over a hundred years now. Some of them are ones that I’ve written and others are by people who’ve actually made a living as journalists. The pieces by other writers are pasted into spiral notebooks, along with photos, art, and comics that also struck my fancy. I’ve been toying with the idea for some time now of trying to base blog posts on these scrapbooks, similar to the posts I do about vintage publications and 45 RPM records. And so, here’s the first installment of what could become a semi-regular feature.

My oldest notebook dates back to 1981, and despite being bloated from all the clippings pasted inside, it remains in good shape. Back then I had a part-time job at a Mom and Pop record store in the Peacock Alley section of the Ford City Mall on Chicago’s southwest side. The owner would give me his copies of Billboard magazine once he was done with them, and I would search each issue for items about my favorite bands.

I was also an avid reader of other national rock magazines, plus the Illinois Entertainer (even before I started writing for it), The Chicago Reader, and the daily newspapers. Glancing though the notebook, several of the bylines are familiar, such as J.D. Considine, Christopher Connelly, Kurt Loder, and David Fricke from Rolling Stone; and Lynn Van Matre, Dave Hoekstra, Lloyd Sachs, Don McLeese, Neil Tesser, Bill Dalton, Cary Baker, Bill Paige, Edward M. Bury, Parke Puterbaugh, Jeff Lind, and M.J. Carroll from the local press.

There are reviews and articles related to the early days of bands like The Bangles, The Elvis Brothers, The Plimsouls, Off Broadway, Gang Of Four, R.E.M., Shoes, The Teardrop Explodes, Heavy Manners, Rank And File, and Translator. There’s a bio of local power pop band The Kind from what I think is a radio station survey; ads for local acts Bohemia, The Way Moves, Naked Raygun, and John Hunter; as well as a quarter page ad for the ABC Channel 7 Sweet Home Chicago TV special that was simulcast on WXRT. It starred Dan Ackroyd, Koko Taylor, James Cotton, Buddy Guy, and Willie Dixon.

I don’t often get a chance to sit down and reminisce with these scrapbooks, but like any good book, it’s nice to know I still have them in my library.
Posted by Terry Flamm at 8:33 PM