The Forty Nineteens - Spin It 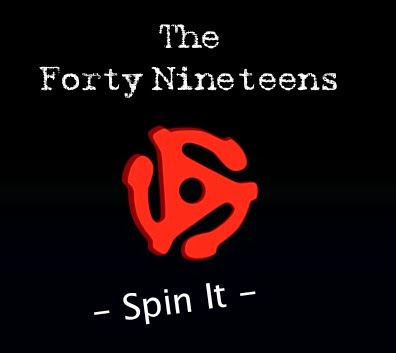 The California-based trio The Forty Nineteens is comprised of bassist-vocalist John Pozza and drummer-vocalist Nick Zeigler—both former members of The Leonards—along with guitarist-vocalist, Chuck Gorian, whose resume includes time with Inland Empire. They’re ably assisted by guest musicians on the eight-song Spin It, especially veteran keyboards player Kevin McCourt. His spirited work on Hammond and Farsifa organ helps The Forty Nineteens jump effortlessly from bluesy rock to Americana to new wave on this spirited follow-up to their 2012 debut No Expiration Date.

The energetic “Modern Romance” and “Pink ‘55 Bel Air” evoke 1980s dance hits, and the musicians seem to have just as much fun tapping into The J. Geils Band or Bob Seger for the bluesy rock of “Broken” and  “Only Time Will Tell.” A swaggering cover of The Rolling Stones’ “Dead Flowers” is another highlight. The Forty Nineteens show a lighter, more emotionally nuanced side on “I Can’t Let You Go,” a tale of a guy trying to win back his girlfriend, and the engaging ballad “Have A Good Time.” But for the most part, Spin It exudes the vibe of a live band getting people to party in a bar.
Posted by Terry Flamm at 9:55 PM