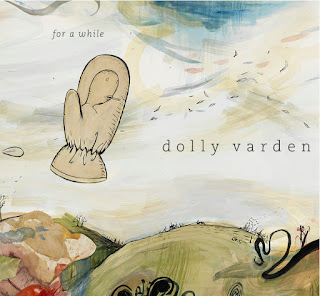 My feature story on Chicago’s critically acclaimed alt rock /country band, Dolly Varden, can be found in the January issue of the Illinois Entertainer. Singer-guitarist Steve Dawson invited me to drop by the apartment he shares with his wife and fellow Dolly Varden founding member, Diane Christiansen, late last year for the interview. It was fascinating talking to him about the band’s latest release, For A While, as well as the art of songwriting. I could swear Dawson and Christiansen don’t look a day older since I last met with them for an IE story, in 1994. Dolly Varden will have a CD release party next Saturday, January 19th, at City Winery in Chicago before heading overseas for gigs in Edinburgh, Scotland, as well as Belfast and Rathfriland in Northern Ireland. In addition, Christiansen will be exhibiting some of her art work at the Edinburgh College Of Art.

Happy Birthday to vocalist-guitarist Vicki Peterson of The Bangles. Peterson also has a side project called Psycho Sisters with singer-guitarist Susan Cowsill coming out later this year. The two previously worked together in The Continental Drifters.

Shoes have accepted an invitation to perform at this year’s SXSW music festival in Austin Texas, according to a Facebook post from the band. The date is March 13th at the Holy Mountain venue. The three founding members, John and Jeff Murphy and Gary Klebe, have also been penciled in to participate in a panel discussion on March 15th, but the band is waiting for more details before confirming that part of the deal. There’s also a rumor that Shoes are considering a few gigs in the Midwest as well.

Chris Stamey of The dB’s has a new CD on the way. Lovesick Blues is now available for pre-order from Yep Roc Records. I couldn’t find any mention of him going on tour, though.

The Paul Collins Beat, one of the best of the early power pop bands, returns to Chicago on February 7th for a gig at the new club, Township. Little Boy Jr. and Blizzard Babies are also on the bill. Located at 2200 N. California, Township is a short walk from the Blue Line Metra stop.

The Handcuffs and The Wanton Looks have performed together at a number of Chicagp area clubs, and they'll be doing it again for a double bill at the brand new 27 Live club in Evanston, on January 19th.

Self-published authors searching for ways to promote their efforts would do well to follow the example of Young Adult/Sci-Fi author Susan Kaye Quinn. Full disclosure: She and I belong to the same writers group. Quinn, who was recently named as a panelist for utopYAcon coming up in Tennessee this June, skillfully works social media to promote her Mindjack Trilogy, and recently supervised the filming of a trailer in New York. To find out more check out Quinn’s website.
Posted by Terry Flamm at 10:46 PM