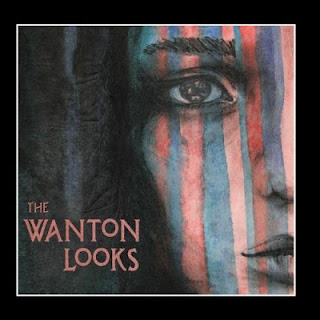 On their self-titled full-length debut, The Wanton Looks use high-speed and impossibly catchy arrangements while depicting the various ways a relationship can implode. That approach has resulted in some critics comparing the Chicago-based band to The Buzzcocks, as well as Joan Jett & The Blackhearts. The brash attitude on these 13 tracks should also please fans of The Friggs, a  four-woman group fronted by singer-guitarist Palmyra Delran in the 1990s.

Lead vocalist-bassist Traci Trouble gives The Wanton Looks a non-stop infusion of spunk and sneering, particularly on “Get Thru To You” and “86 Me.” On the energetic “Electromagnetic Force,” Trouble urges a not-so-secret admirer to makes his move. “You’ve been watching me, I know/Admit it,” she insists, but later complains, “You’re running away/You keep me at bay.” Guitarist Inga Olson and drummer Meg Thomas supply harmonies that hark back to the girl group sound of the early 1960s on “Come On,” and evoke L7 by engaging Trouble in some call and response vocals on the hard-hitting “Used & Abused.”

The Wanton Looks tackle other subject matter as well. Trouble and Thomas propel the nightmarish but rollicking “Demons,” which is a must for any Halloween party playlist. “G.O.P. Greedy Old Pigs,” a blast of left wing politics, isn’t on this disc, but can be found on the band’s website. The Wanton Looks will be on a double bill with The Handcuffs at the 27 Live venue in Evanston on January 19th.
Posted by Terry Flamm at 11:42 PM