CD Review: The High Violets - To Where You Are 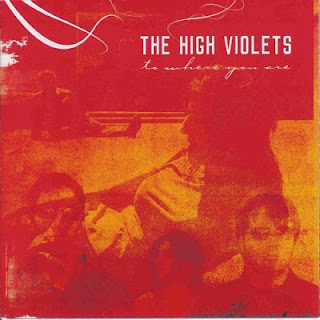 First, a Happy Birthday wish to Susanna Hoffs. All three current members of the Bangles are keeping busy these days. Let’s hope 2013 brings new Bangles music and concerts, along with all these interesting side projects.

Now here’s a CD review that originally appeared in the Illinois Entertainer in 2006. The band’s guitarist-vocalist, Clint Sargent would later form Starry Saints, whose Serenade was one of the best releases of 2010.

The High Violets' blend of cutting edge rock and ethereal arrangements on their latest effort, To Where You Are, calls to mind bands like The Delays and The Church. Singer Kaitlyn Ni Donovan has a pristine voice that can become positively haunting when matched to some of the band's more exquisite melodies. It’s no surprise when she sings, “On days like this, I'm ghost like” on the title track.

To Where You Are delves into a world where cryptic lyrics are woven through lush keyboards and chiming guitars. Ni Donovan doesn't sing any words on “Nocturnal”; she wails like a disembodied spirit. Her layered vocals create a heavenly choir intro for the ornate song, “Chinese Letter,” while her melancholy tone on the shimmering pop “Invitation” is touching. Guitarist Clint Sargent's energetic playing allows The High Violets to create beauty with some bite, particularly on “Love Is Binding” and “Want You.”
Posted by Terry Flamm at 10:07 PM