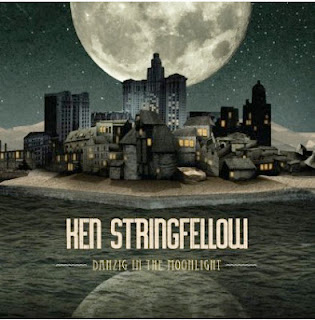 Ken Stringfellow has covered a lot of ground since co-founding The Posies with Jon Auer in the late 1980s. In addition to his ongoing stint in that band, the singer-guitarist has worked with Big Star and R.E.M., as well as being the only Yank in the Norway-based garage rock band, The Disciplines. Somehow, he finds time for solo releases, with Danzig In The Moonlight being his fourth. It’s a subtle yet adventurous effort that has the feel of a concept album.

That’s particularly true when he combines a trio of melodic snippets Abbey Road style on ”4AM Birds/The End Of All Light/The Last Radio,” or adds a theatrical flourish to “Drop Your Pride.” Stringfellow also glides through the old school R&B of  “Pray,” and crafts an off-kilter Country & Western duet with Charity Rose Thielen from The Head & The Heart on “Doesn’t It Remind You Of Something.” Almost two dozen musicians were recruited from around the world for the ambitious Danzig In The Moonlight, but Stringfellow also taps into his Posies roots with the melodic pop of “Even The Forgers Were Left Fingering The Fakes.”
Posted by Terry Flamm at 11:42 AM