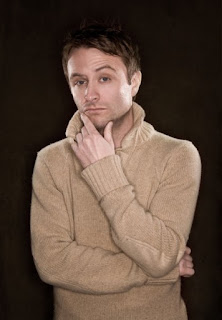 I’m out of my sick bed and back at the keyboard. Here are some entertainment bits, as well as a Cherish The Ladies concert review.
The Smithereens will be playing their own holiday songs, as well as classics from Chuck Berry, The Kinks, The Beatles,and The Ramones tomorrow night at Infinity Hall in Norfolk, NJ. They also have a New Years Eve gig at The Strand Theater in Lakewood, NJ.
Fleetwood Mac has announced plans for a major tour in 2013. Maybe they were inspired by Dolly Varden’s tribute to them at Martyrs’ this past Halloween weekend.
Chris Hardwick, superhero/founder of the very cool website The Nerdist will be spending some time in the Chicago area. He has shows at Zanies in Old Town on December 13th and 14th, and a pair of shows at Zanies in Rosemont on the 15th. Expect some clever insight into Doctor Who, sci-fi flicks, cult TV, and entertainment in general.
Paul McCartney will be the musical guest for Saturday Night Live’s December 15th show, with guest host Martin Short. Maybe Sir Paul will do a bit as Ed Grimley’s twin brother.
Little Steven VanZandt, actor/musician/radio host is once again holding his annual best songs of the year survey. Listeners can vote for what they think is The Coolest Song In The World 2012 the via his syndicated radio program Underground Garage website. Some of the more noteworthy songs in contention include “Stay Away From Downtown” by Redd Kross, “You’re My Brian Jones” by Palmyra Delran, “I’m Shakin’” by Jack White, and “I Woke Up” by Trolley.

Thirsty Whale, a popular hard rock club in Des Plaines from the late 1970s through the 90s, has another reunion in the works. This one will take place on the weekend of March 22nd-24th, 2013 at the Des Plaines Theatre. Bands looking to participate can contact Tony Shark at Tony.Shark@ymail.com.

The Des Plaines Theatre has been home to a wide range of entertainment, from foreign films to comedy nights. Lately, it has moved more toward hard rock. Trans Infinity Orchestra will be doing its tribute to Trans Siberian Orchestra on December 14th, and a trio of tribute bands, (Beggars Banquet, Hot Rocks and Tumblin Dice) will help celebrate Keith Richards’ birthday on December 15th. The venue is also looking to start showing cult favorite Rocky Horror Picture Show on a regular basis in 2013.
And now, a  review of the recent Cherish The Ladies concert in Chicago:
Cherish The Ladies  brought some vintage holiday fun to The Old Town School Of Folk Music this past Thursday night with their Celtic Christmas Party. At one point, flute-pennywhistle player Joannie Madden described how her family would celebrate Christmas by inviting friends over to sing carols and play instruments. Throughout the Old Town show, Cherish The Ladies recreated that festive spirit. Madden, who along with guitarist Mary Coogan, is one of the group’s founding members, always adds funny and homespun reflections to any CTL concert. The two veterans blend perfectly with newer members accordion player Mirella Murray, pianist Kathleen Boyle, and fiddle player Grainne Murphy.

Guest vocalist Don Stiffe, a singer-songwriter from Ireland, pitched in with a mix of traditional Christmas fare as well as some of his own material. A big, good-natured guy who laughed at Madden’s occasional teasing, Stiffe brought a definite taste of the Emerald Isle to the concert. At one point he noted that it was his first visit to Chicago. A coed quartet of award-winning step dancers also kept things lively, and when an additional guest vocalist (sorry, I didn’t catch his name) and musicians Liz Carrol, Pauline Conneely, and accordion player Jimmy Keane joined Cherish The Ladies on “Rise Up Shepherd” for a rousing finale, it was like being at Old Fezziwig’s shindig in A Christmas Carol. Here’s a video of a performance of “Rise Up Shepherd”  from a concert in 2010.
Posted by Terry Flamm at 10:42 PM