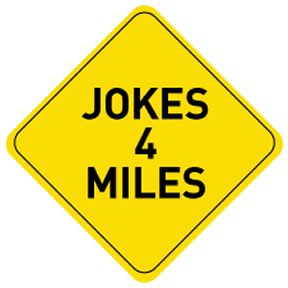 I recently received the sad news that Miles Austrevich has passed away. Miles was the young man whose courageous battle against four separate bouts of brain cancer inspired his father, Len, to launch the Jokes4Miles campaign. Len Austrevich, a veteran stand-up comic and comedy writer, was determined to get 5,000 people to videotape themselves telling a joke to cheer up his son. Miles would watch the clips while undergoing hours of painful and monotonous therapy.

Len started a website; staged events around Chicago and other cities; and enlisted the help of corporate executives, news anchors, and celebrities. Musicians, college sororities and fraternaties, and school children joined in the fun. But I’m sure Len would agree it was the determination, cheerful demeanor, and thoughtfulness of Miles that touched people like Bill Murray, Amy Poehler, Tina Fey, Will Arnett, Jay Leno, Diane Sawyer, Jonathan Brandmeier, Jamie Masada, Mai Martinez, and Mike Toomey.

As Jokes4Miles gained momentum, Miles insisted that it reach out to other kids who shared his illness. He participated in telethons and became a charismatic spokesman for fundraising, even as he weathered incredible pain and crushing setbacks in his treatment. I had the honor of meeting Miles at some events and strategy meetings. He was always quick to smile and extend his hand. It’s safe to say that most of the people he encountered came away with a changed outlook on life.