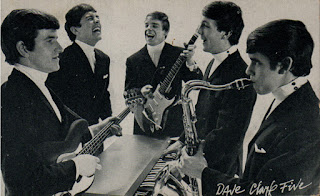 My wife Pam and I were making rather merry at our friend Desiree’s annual Dezziwig bash this past Saturday night. Desiree’s a member of the Famous In The Future comedy group, which I helped start in 1989 and left in 2009. Each year around Christmas, she invites friends and family to drop by for food, drinks, games, a puppet show, and a special holiday guest. This time it was Susie Snowflake from the vintage cartoon we all used to watch on the Garfield Goose TV show.

It’s nice to hang out and hear what my former fellow FIF members are up to since they really are a multi-talented bunch. Some of the other guests were musicians, filmmakers, journalists, and theatre people. Which made me think even more about an idea I’ve had kicking around in my head for a few weeks.

I’d like people to send a short, one-sentence message to my blog describing what creative plans or goals they have for 2013. Recording a CD; finishing or publishing a novel; staging a performance; doing stand-up or improv, etc. This is open to the biggest celebrities as well as the rest of us who have yet to find our way to prime time. It has to involve the arts; not a vow to lose weight, clean the gutters, or be a better person. Those would be worthwhile achievements, but they’re not ones I’m concerned with here at BHT.

So, drop me a line at brokenheartedtoy@gmail.com, or if we’re Facebook friends, you can send it as a message. I’m hoping to run a whole bunch of entries on New Year’s Day. If nobody responds, which is entirely possible, I’ll just create some based on social and mainstream media. Or, I could make stuff up.

And now, a bit of last minute shopping advice for all those rock and roll fans on your Christmas list. Check out the local antique store. Earlier on Saturday, Pam and I went to the Oakton Street Antique Centre in Elk Grove, IL. The Dave Clark Five photo shown above was part of a series of collectors cards honoring 1950s crooners and 1960s bands. The store also had Beatles picture sleeve 45s, vintage LPs, and a framed display of platinum records for a recording artist whose name I can’t remember at the moment. There was also a collection of porcelain pigs wearing bikini bottoms, but in this sort of treasure hunt, you take the bad with the good.
Posted by Terry Flamm at 11:01 PM