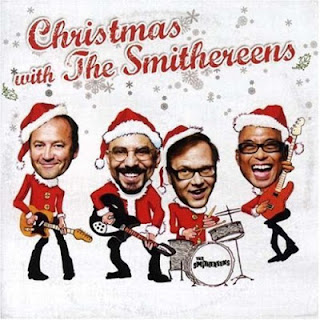 Reposting For The Holidays. I'm currently swamped with freelance writing, freelance assignments, and family get-togethers. So here's a blast from Christmas Past. I highly recommend this CD. The Smithereens have some holiday shows coming up, so be sure to check out their website or Facebook page for details.

The Smithereens set Clement Clark Moore’s classic poem, ‘Twas The Night Before Christmas” to a jazzy percussion-led arrangement, and open “Auld Lang Syne” with acappella vocals before launching into a rollicking instrumental jam session. All in all, Christmas With The Smithereens is a date worth keeping.
Posted by Terry Flamm at 8:45 AM