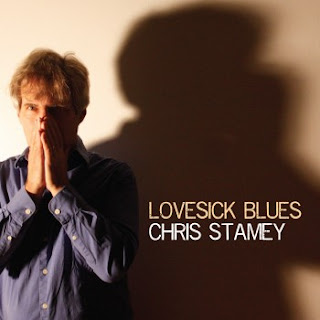 First, a hearty welcome to Pete Townshend and Roger Daltry as they bring their classic rock opera, Quadrophenia, to the Allstate Arena tonight. Mr. Townshend was signing copies of his book, Who I Am, at the Barnes & Noble in Old Orchard Mall this past Monday night. Unfortunately, I wasn’t able to make it, but I know of a few Facebook friends who were understandably thrilled to meet the legendary guitarist/songwriter.

Tickets go on sale tomorrow for Tame Impala’s March 6th show at The Vic. My review of the Aussie band’s second effort, Lonerism, ran in the November issue of the Illinois Entertainer. I praised the songs as a lush though unlikely blend of indie and prog rock and noted that they sounded like they were being beamed to Earth from another galaxy. But in a good way.

As The dB’s continue to tour in support of their critically acclaimed Falling Off The Sky CD, band member Chris Stamey is set to release a new solo effort. Lovesick Blues, which the singer-guitarist describes in a press release as “The closest I’ve ever gotten to the sound I hear in my head in the middle of the night,” is due out on Yep Roc Records February 5th.

The Old Town School Of Folk Music has some performances coming up next week that highlight this long-running venue’s mission to present the entire spectrum of popular music. On Thursday night, Cherish The Ladies will celebrate a Celtic Christmas with traditional Irish songs. The five-woman band often brings along a few step dancers to augment their reels and gigs, while founding member/whistle and flute player Joannie Madden keeps the audience entertained between songs with her witty anecdotes and quips. Saturday night brings Over The Rhine, the Cincinnati-based band led by husband and wife Karin Bergquist and Linford Detweiller. Both sing and play various instruments on a beguiling mix of alt rock, folk, and country. On Sunday afternoon, adults as well as kids can enjoy Milly’s Holiday Spectacular, put on by by Brigid “Milly” Murphy, the untamed performer best known for her series of Milly’s Orchid Shows in Chicago nightclubs. She’s promising a more family-friendly agenda this time out, but here’s betting she won’t skimp on the wacky.

Black Ensemble Theater’s popular and probably best known production, The Other Cinderella, is back for the holidays. Now in its 36th year, this urban twist on the fairy tale runs at Black Ensemble’s new space at 4450 N. Clark Street in Chicago through January 13th.

The Handcuffs, who are accustomed to hearing their fetching indie music used on TV shows, will have their “Ooh Baby Baby” on tonight’s episode of Jersey Shore. It’s a track from the band’s Waiting For The Robot CD. Now that I've mentioned Jersey Shore, maybe I'll get thousands of hits on Broken Hearted Toy.

Interstate Arts, a group dedicated to making art and creativity part of everyday life, is staging Small Change Theater Episode 1: The Woods at Popps Packing in Hamtramck, MI in four shows next Friday and Saturday evening. The hour-long tale of various animals searching for love will feature life-size masks and puppetry, plus musical guests Diane Christiansen and Steve Dawson from the band Dolly Varden, and instrumentalist Colby Maddix. There’s suggested $8.00 donation, $3 for age 10 and younger.

James Moeller and Carla Hayden, founders of the Black Forest Theater group and Whitewolfsonicprincess alt rock band, are sponsoring their annual Toys For Tots Show at the Red Line Tap on Chicago’s northside next Saturday, December 8th. Some of the artists involved include The Telepaths, Tina Teske And Quarter Casey, The Red Apples, The Rut, and Whitewolfsonicprincess.